Address:
By appointment, Hilton, KwaZulu-Natal, South Africa, 3245
Telephone
+27 (0)82 781 7738
Cell:
+27 (0)82 781 7738
I opened Wise Eye Reading Academy on 1 November 2010 after seeing how well my own children were doing after the course. Now five years later numerous newspaper reports of a literacy crisis in schools indicate that this program has a vital role to play.
In 1999 Wise Eye Reading Academy recognized the desperate need to improve reading ability in South Africa. The Wise Eye program enables and enhances the skills needed to read effectively and interpret text, with understanding. Tracking (the ability to follow a line of print) is one of the most important skills to master. If eyes can track successfully and accurately the message to the brain goes through clearly and is easier to remember. 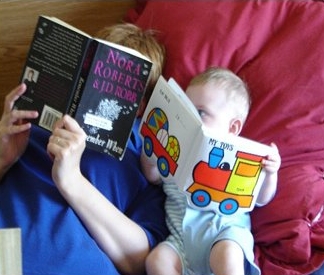 The following children (and adults) will benefit from the Wise Eye program:
Children who are reluctant readers;
Children who lack confidence;
Children who perform below potential and are considered lazy;
Children who lack concentration and take hours over homework or miss doing it altogether;
Children who easily forget what they have just read or get poor results despite showing signs of being bright.
The findings often reveal a problem with the eyes not the brain!
Wise Eye Reading Academy operates in the afternoon in Hilton, Hayfield and Mountain Rise. Wise Eye is available in English and Afrikaans.
Don't put off doing Wise Eye like I did. If I had not hesitated I could have saved myself a whole year’s worth of school fees.' Plus my child would have started working a year earlier.
This is what has happened to pupils who have finished the course:
Keith* (age 14) arrived with his head down and his hoodie up. After 5 lessons his head was up, the hoodie was down and he was talking to us.
Adam* (age 63) passed all his exams and could, therefore, keep his job in the Insurance industry.
Michael*(age 10) started to write stories after 10 lessons, which he had never done before. He then announced that he wanted to write a book. He also no longer needs a remedial school.
Anthony* (age 8) no longer needed remedial lessons.
Tom* (age 12) went up 17% in his marks overall and was moved to the A class the next year.
*names changed to protect identity. 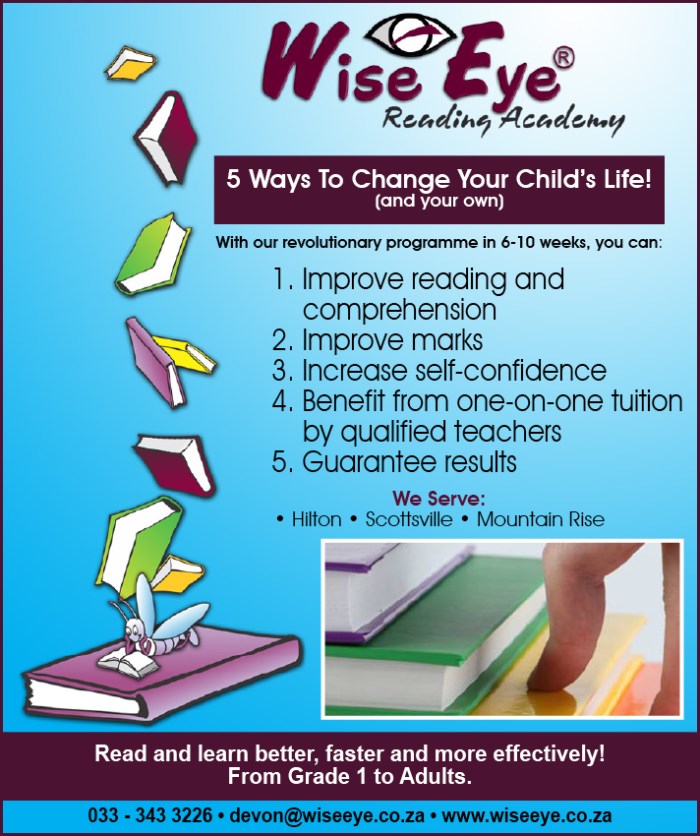 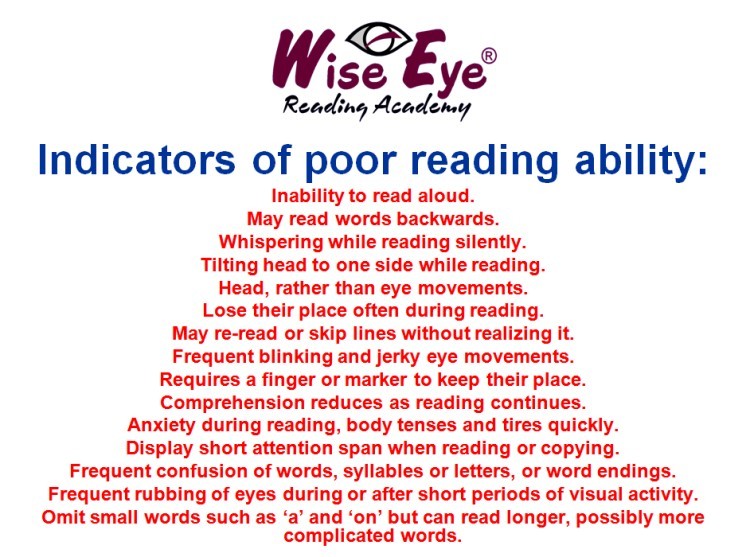 Highly recommended programme
Our 7 year old son was battling with reading. We went to Wiseeye. Devon advised us to have Oliver's eyes tested. We found out that he needed reading glasses. We enrolled him in the Wiseeye reading programme and in 6 weeks his reading speed went from 30 words a minute to over 150.
Last week he said "I want to do my favorite homework first....math....oh no....my favourite is actually now reading!". Thanks to Devon and Barbara, homework only takes us 10 minutes now.
Permalink