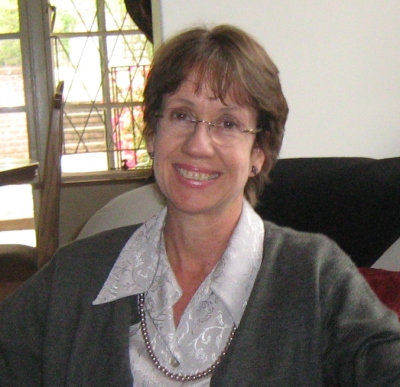 HiltonVillage.co.za met up with Moira, a local yoga teacher. Moira takes a weekly class for the public and also teaches Yoga for relaxation at St Annes Diocesan College.

Yoga has been a big part of Moira's life since 1983 when, although it was not popular at the time, she and her sister began a yoga class. Through the years Moira has practiced Hatha Yoga under 5 teachers.

Initially Moira began teaching in Howick when encouraged by her teacher, later she also taught for a while at the Quarry Health Centre. In total she has taught Yoga in Hilton for 8 years. Moira idoes not follow any of the spiritual teachings of Yoga. Her focus is on the health benefits for body, mind and spirit.  She does however enjoy Eastern Philosophy and will close each class with an uplifting reading, some drawn from the East and others not.

Moira shared that the ancient activity of Yoga first began around 5000 years ago when it was mostly followed by men, then woman began to see the benefits and found it easy to do at home. Nowadays mostly women practice Yoga. Yoga is Sanskrit for yoke, meaning the joining together of things. It brings about a connection of body, mind and spirit.

Hatha Yoga is the most physically demanding of the many arms of Yoga. Initially Moira is careful to suggest alternate positions within the capabilities of her students. As Yoga in non-competitive new students can easily slot into the class. Within 3 months you will begin to appreciate the benefits of increased strength and toned muscles. Yoga also stretches ligaments and tendons, increases suppleness of joints and improves circulation and breathing. Moira Also teaches relaxation techniques.

All you need to become involved is grab your yoga mat and a light blanket, pull on some really casual comfortable gear and join in at a very reasonable rate of R30.00 per session. Click here for contact details.