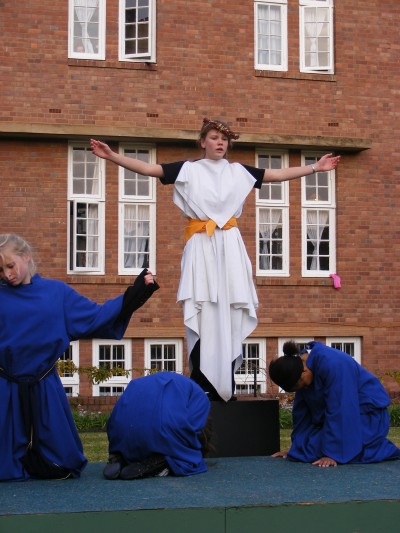 On Thursday 23 June was the Anglican festival of Corpus Christi which celebrates the gift of communion. In Medieval times the chapel service was always followed by plays in the market place which told stories from the bible, focusing especially on the death and resurrection of Christ.

The Form 4 Drama girls at St Anne's have just finished studying this section in class and it was only fitting then that on the actual day of Corpus Christi they perform their plays for any brave soul who could stand the morning chill. Three platforms were placed on front lawns and after the traditional Eucharist service the girls were treated to embellished renditions of 'The Crucifixion of Christ', 'Daniel in the Lion's Den' and 'Samson and Delilah'.

As is tradition, the plays were performed on raised platforms, called "mansions" for easy viewing and performed a number of times so that the crowds could have a chance to watch all the plays. The Form 4 girls did a magnificent job of repeating their play three times so that the gathered crowd could have a chance to walk between the plays and enjoy them all. Many thanks to Mrs Baijnath would prepared the girls for the festival. It was a colourful and interesting morning. 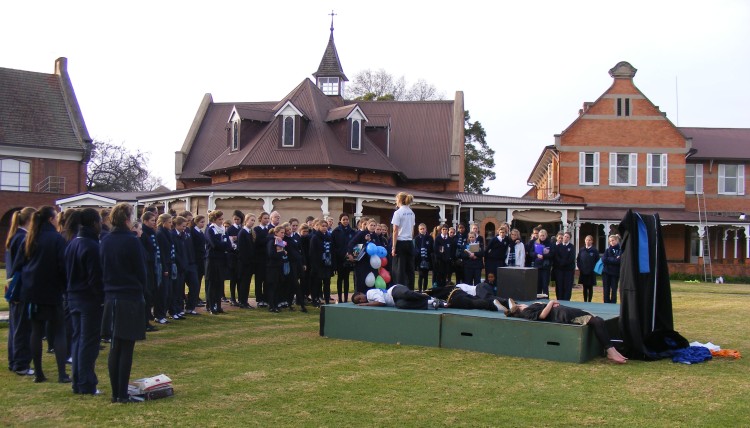