Tonight Hilton's Erin Fourie performed Fine Again in Idols Season 7, as the 9 remaining contestants in the Top Ten compete to remain in the competition, we hope everybody in Hilton is sending their sms's through. Send 13 to 37400!

Erin is well-known by patrons of Hebron Haven where she has sung for years, Erin previously taught drama studies at Grace College, went to Carter and Laddsworth before that.

We dropped by to visit Kathryn, Erin's older sister by two years. Kathryn is an avid rock climber who does not miss an opportunity to practice her skill, she gamely climbed the large camellia sasanqua tree in the garden at home to pick us some fresh blooms, thanks Kathryn. This freelance journalist recalls the first time she became aware that Erin had a great voice, was when they were about 8 and 10 years old, they were on a family road trip when the sisters were singing together in the backseat and Kathryn remembers being asked to hush, while Erin was encouraged to sing.

Kathryn applauds Erin's talent and the way she has easily adopted the entertainment scene, lapping up the crowd, enjoying the make-up sessions and above all the singing, despite having flu at the moment!

Kathryn reflected that it's as though Erin is 'living in a musical' since being in Idols, whenever they chat on the phone someone can be heard singing in the background. For a drama graduate, who has sung publically for 8 years this is living a dream.

You will enjoy reading Kathryn's blog, The Bloggery of Fourie, where she chats about Erin's departure to Idols, back in April. Creative talents are not lacking in the Fourie household, Tristan, Erin's brother plays the guitar and has a band.

Pam and Derek Fourie are away in Botswana at the moment but we hope to catch up with them soon and hear their thoughts on Erin's growing stardom.

Meanwhile we hope that everyone in Hilton will be voting for Erin Fourie, sms 13 to 37400. Keep Hilton's songbird in the Idols house because she rocks!

Pictured above is Erin with news staff from YOU magazine. 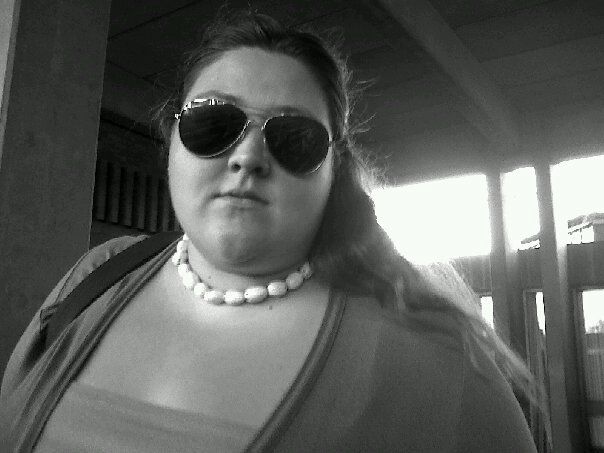