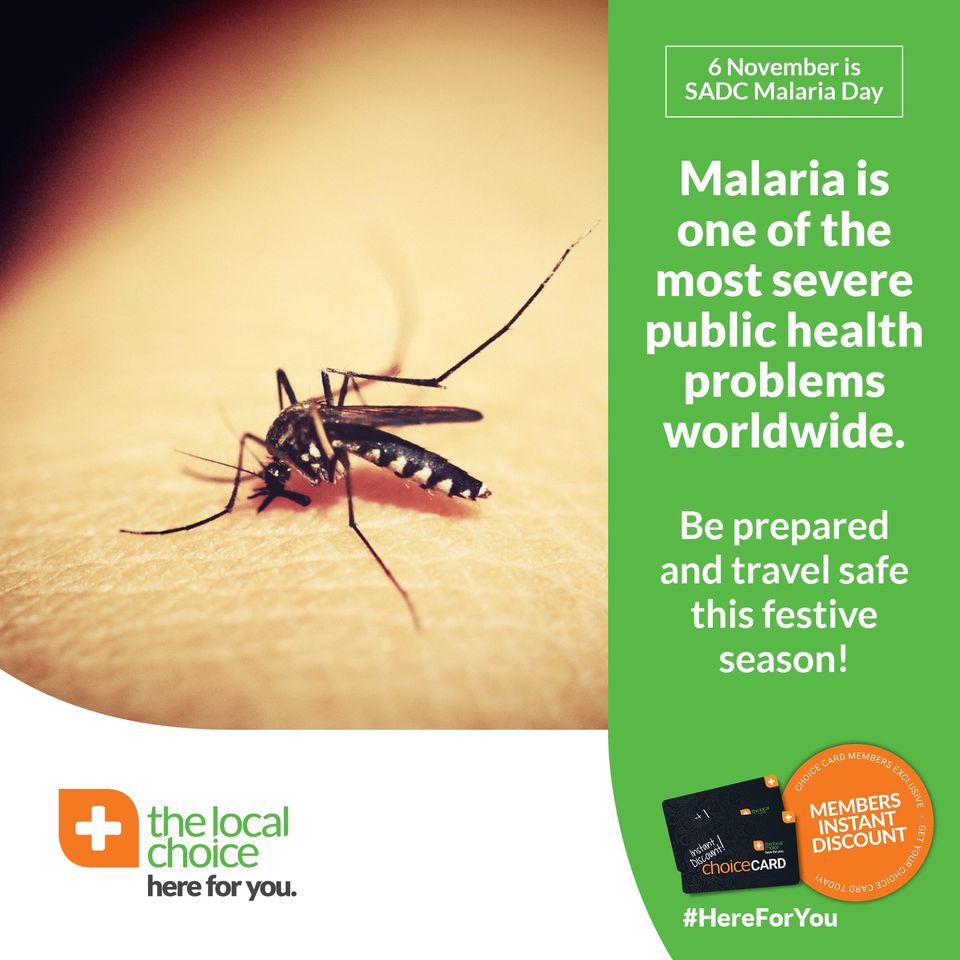 Malaria is a life-threatening disease caused by parasites transmitted to people through the bites of infected female mosquitoes. According to the South African government, malaria is found in Limpopo, Mpumalanga and the north-eastern part of KwaZulu-Natal. The peak period is between September and May.
According to the National Institute for Communicable Diseases, South Africa has made major progress in malaria control since 2000/2001. Around half of the patients acquired their infection outside South Africa, predominantly in Mozambique, which is a high-risk malaria-endemic country. Young children, pregnant women and non-immune travellers from malaria-free areas are particularly vulnerable to the disease when they become infected.
Malaria Day presents an opportunity to raise awareness of the incredible opportunity we have to eliminate one of the oldest and deadliest diseases. Malaria is preventable and curable, and increased efforts are dramatically reducing the malaria burden in many places.
Visit our friendly team at The Local Choice Pharmacies for trusted health care advice.