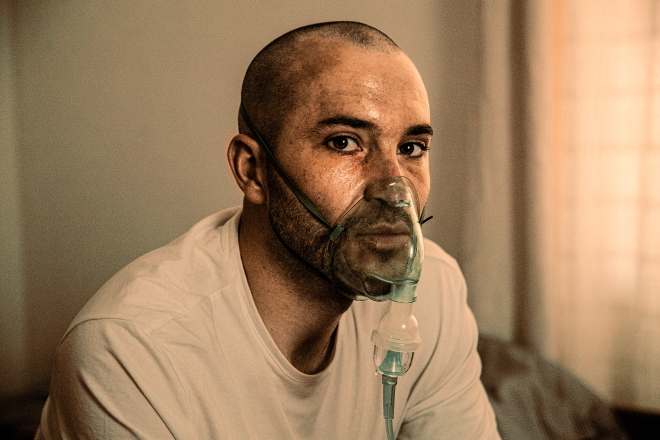 SAMA Award-winning musician Matthew Mole recently added his voice to the chorus calling for increased ocean protection within Marine Protected Areas (MPAs) in South Africa, in partnership with local environmental NPO, WILDTRUST. South Africa currently only protects 5% of its oceans and the need to increase this is urgent.
Mole and his beautiful wife, Jess, are featured in a powerful video doing its rounds on social media (WATCH: https://fb.watch/1YzeMeJ84B/), which forms part of a series that while stating, WE DON’T NEED OUR OCEANS, looks to highlight all the reasons why we do.
In reality, if our oceans were to die, we would no longer be around, but the WE DON’T NEED OUR OCEANS campaign hopes to help us see and understand all that the ocean gives us. One way of doing this is by showing South Africans what a world without our oceans looks like.
In the video Mole, in a world with no oceans, is seen wearing an oxygen mask reflecting back on all the times him and Jess could surf, take walks on the beach, relax and unwind in a lush, green park.
Every second breath we take comes from the ocean. A world without our oceans means a world with less than half the current oxygen levels.
South Africa is known as an adventure destination, and the coast provides countless activities – snorkelling, scuba diving, fishing, shark diving, whale watching, coastal hiking, bird-watching and good surfing. The ocean also adds a psychological benefit to people who engage with it, whale watching for example has been found to increase a person’s overall enrichment from the ocean.
When asked why he chose to get involved in spreading the message for increased ocean protection Mole said: “Jess and I have always had a love and appreciation for the ocean and everything in it. I think everyone wants to help save our planet but are not always sure how. This way Jess and I can do our bit and hopefully inspire a wave of positive change, no matter how small.”
“We really need to start acting like we need our oceans. There is an amazing take action page on oceanimpact.co.za, with lists of things every single South African can do to benefit our oceans. Some simple things for you to do include using a reusable coffee cup when buying your takeaway coffee, saying no to straws and other single-use plastics, and going for a walk around your block and picking up litter. Obviously, the best thing we can do is increase our Marine Protected Areas, but essentially only our government can do that. That said – if our voices combined are loud enough – an increase in at least 5% Marine Protected Areas, taking us to 10%, could happen!”
Matthew Mole in collaboration with WILDOCEANS (a programme of the WILDTRUST) is rewarding you for doing something good for the planet. Take the "Clean up your hood" challenge and you could win one of two sets of 5 tickets, to Mole's next concert – in your hood.
To enter, you need to:
1. Pick up at least one bag of rubbish in your neighbourhood, in your local park or on a beach close-by
2. Post the evidence on social media with #OceanChallengeAccepted
3. Tag Ocean Impact (@OceanimpactSA) in your post
If you are in KwaZulu-Natal and looking for a beach clean-up event to join, get to the Umgeni River Mouth at 8 am on the 28th of November. The “one change initiative” together with several KZN based organisations, will be hosting a clean-up all the way along the Durban coast.
“We are unbelievably grateful to Matthew and Jess for giving up their time and adding their voices to this very important campaign,” said Campaign Manager Ruth Mthembu. “We already have the most amazing MPAs in South Africa that support multiple ocean activities and look after our diverse marine life such as, Addo, De Hoop, Table Mountain, iSimangaliso, Aliwal Shoal and Protea Banks, let’s keep the momentum going and add more to the list. A 10% MPA footprint in our oceans will see the rolling out of multiple benefits for our country – let's stand together united on better protection for our oceans and everything in it.”
IMAGE CREDIT: Taryn Hatchett
News supplied. 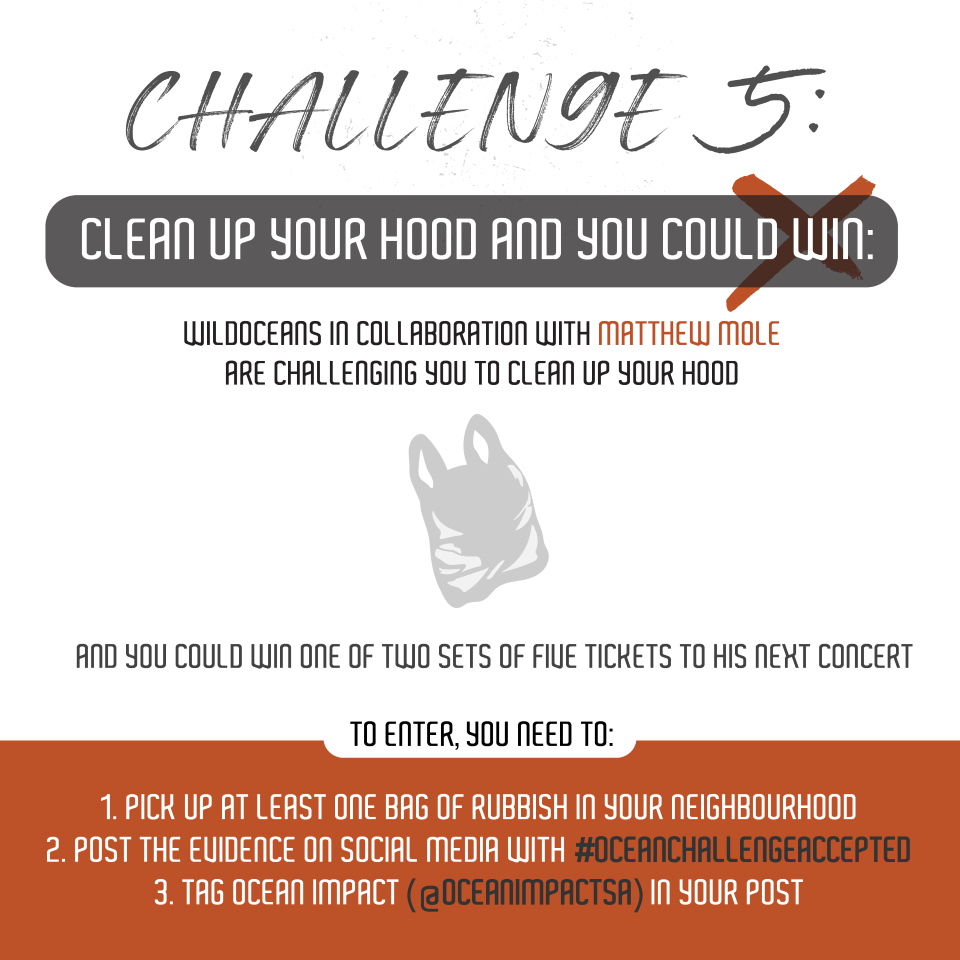