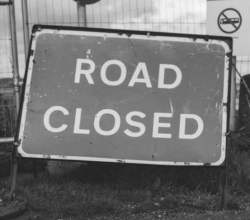 Sunday, August 22, will see the smallest field in the history of the SPAR Grand Prix Maritzburg race as just under 100 elite runners take to a 10km loop around Alexandra Park in the Capital.

Pietermaritzburg residents are advised that due to the small and extremely fast field, the event will have a minimum impact on traffic flow in and around Alexandra Park.

Road closures and affected routes are as follows:
Saturday, 21 August
Park Drive between Princess Elizabeth Drive and Princess Margaret Drive will be closed from 08:00

Sunday, 22 August
Alexandra Park will be closed from 04:00 to 12:00
College Road will be closed from 05:30 to 09:00 to East bound traffic (heading towards Alexandra Road) from West Street / Prince Alfred Street intersection to Topham Road. Traffic will be diverted towards Campsdrift Road.

A single lane of traffic will be closed from 04:00 to 08:30 on Alexandra Road between Topham Road and Princess Margaret Drive leaving a lane of traffic open for vehicles travelling towards Alan Paton Avenue.

Alexandra and College Roads and most of Alexandra Park will be reopened fully as soon as the road is clear of the last runner.

Park Drive between Princess Elizabeth Drive and Princess Margaret Drive will be remain closed until 13:00.

Due to the current Covid-19 Regulations spectators are not permitted at the event but it will be live streamed via KZN SPAR Women’s 10/5km Race Facebook page, and the athletes can be tracked on the Sportsplits App which can be downloaded from Google Play.

The immediate area around The Oval, including Park Drive will be designated as the Event Zone and access will be restricted to athletes, race officials and accredited media only. Strict Covid-19 Protocols will be in place to ensure the safety of all involved. The organisers appeal to the public to stay off the race route during the competition.
Supplied.