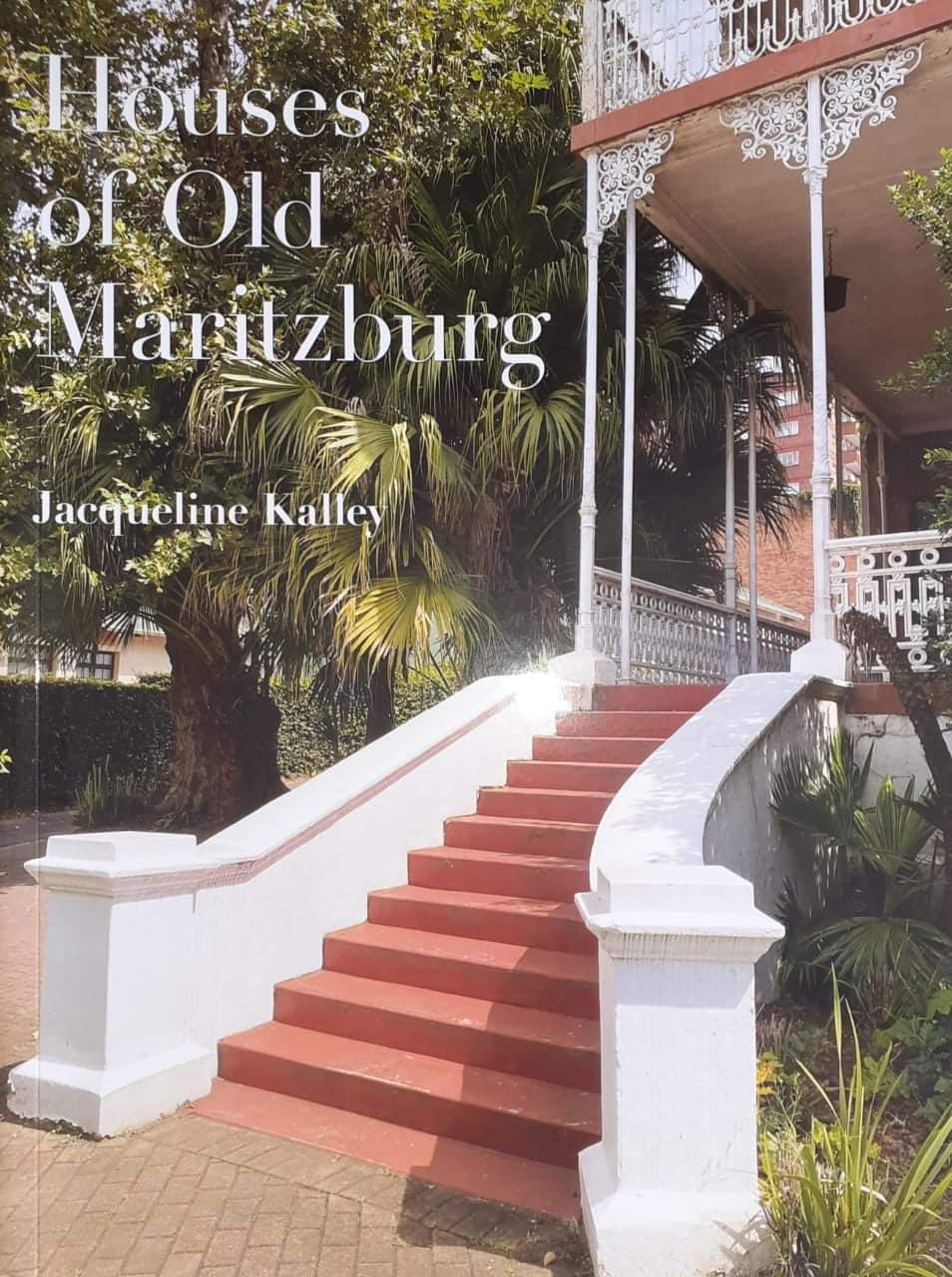 Now in stock - HOUSES OF OLD MARITZBURG by Jacqueline Kalley

We are very excited to have Jacqueline Kalleys new book in stock. Her previous books include KZN Is My Garden, Old Roses & Farmhouses Of Old Natal (we stock all these titles).

Pietermaritzburg is in a state of transition. Gone are the colonial times and this diverse and multicultural population is now coalescing into a new entity and will take it its rightful place as a truly African city. But no place can shake off all the shackles of its previous identity; traces remain as indicators of its history and this is particularly the case with Pietermaritzburg where the architecture has long proclaimed its origins and its importance, acclaimed. Boer and British caught together in a dance of bricks and mortar – some now in a state of collapse and near ruin, others utilised with new purpose; their original destiny a mere memory. It is only fitting that a city evolves around its origins, but the legacy of its past cannot be ignored. The need to document Maritzburg’s architecture is of paramount importance – both their visual structures but also the stories associated with them. It is hoped that this new project focusing on the Houses of Old Maritzburg ranging from the very grand to the humble will provide a selection that is wide-ranging and inclusive. It is hoped that a series of beautiful photographs, the history of each house and the families that have inhabited them will produce a pictorial and historical record of what is rapidly being lost or replaced as the city changes. An Introduction will place the houses in architectural and historical perspective to give the work additional academic merit.

Jacqueline Kalley is Pietermartizburg born and bred. She was educated at St John’s DSG and the universities of Natal and the Witwatersrand where she obtained both her undergraduate and Ph D degrees. She was Librarian at the South African Institute of International Affairs on the Wits Campus for many years but has now forsaken librarianship for writing and publishing.