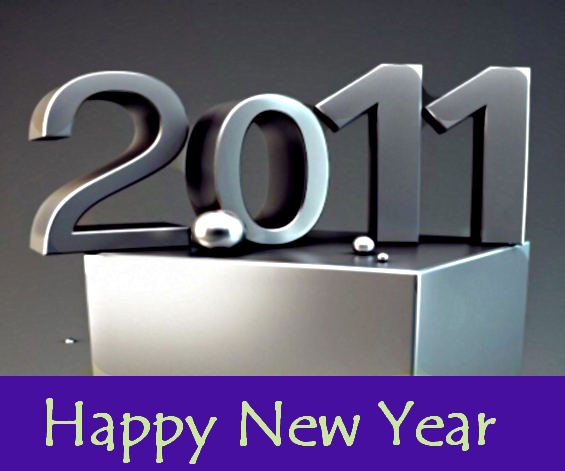 Did you know? New Year's celebrations occurred about 4000 years ago in Babylonia at the beginning of spring, which was roughly late March not the first of January? Festivals marking the seasonal New Year included the practice of repaying debts and returning borrowed goods. A commendable starting point for a good year indeed!

It was about 2000 years later that the New Year began to be acknowledged as 1st January by the Romans. The first month of the year was named for their deity Janus, the ruler of gates, doors and beginnings. He was believed to have two faces. One of these looked back and the other looking ahead. The myth was that at midnight between the two years Janus would see the past year as well as the year to come. Gifts and promises were presented to Janus so as to elicit blessings for the coming year and assistance is achieving goals.

Around the world a plethora of traditions and revelry continue, the story of Janus is forgotten and within different cultures there some quirky practices. From commonplace parades, sports matches, honouring family time to more traditional church services and special meals to a crazy annual dip in freezing waters in Scandinavian countries. With this display of wonderful diversity mankind mirrors the boundless opportunities each New Year brings.

In Austria a suckling pig served on a table decorated with tiny edible pigs is symbolic of good luck for the next year. This is often followed by green peppermint ice cream in the shape of a four-leaf clover.

The British see their fortunes for the New Year in the hands of their first guest. They believe the first visitor of each year should be male bringing gifts. Traditional gifts are coal for a fire, a delicious loaf for the feast and a drink for the master. Guests should enter through the front door and leave through the back to secure good fortune. Anyone who pitches up empty-handed or unwanted will not be given entry until the gift bearing male visitor has been welcomed. So if you have British friends you now know what to deliver as a hostess gift on New Year.

The Welsh open the back door as midnight strikes to release the old year and lock out all of its bad luck. At final strike denoting midnight they open the front door and the New Year is welcomed with all of its luck.

A Sicilian tradition says good luck will visit those who eat lasagna on the first day of each year. Any other noodle consumed will bring bad luck.

The Spanish follow a healthy tradition, when the clock strikes midnight, they enjoy twelve grapes, one with every toll, and this they believe will ensure good luck for the twelve months ahead. Peruvians do the same but a 13th grape is eaten to assure good luck.

The Japanese decorate their homes in tribute to their good fortune. Decorating with a pine branch attracts longevity, a bamboo stalk draws prosperity and a plum blossom beckons nobility. Chinese New Year celebrations include the painting of every front door red, as a symbol of good luck and happiness. At this time all knives are hidden for 24 hours to keep anyone from cutting themselves so as not to cut the family's good luck for the next year. The Chinese follow a lunar calendar which means their celebration is in late January or February.

Americans have held a long tradition of celebrating New Year with masked balls and the kiss shared at midnight is meaningful. According to old lore, the masks symbolize evil spirits from the old year and the kiss is the catharsis into the next year. In Norway a rice pudding with one whole almond inside is eaten. The lucky diner who finds this almond in their bowl is assured prosperity for the year ahead!

In general the focus as we enter a New Year is on improving lifestyles and fortunes for your own family and community. So if you choose to lose weight, exercise regularly, eat healthier, drink less alcohol or quit smoking, improve finances by repaying those debts and spending less, jumpstart your career with a better job, studies or even learn something new, perhaps focus on yourself by being organized, reducing stress, manage time and living more independently, plan a trip or even volunteer to help others and thereby uplift yourself. Hilton is a great place to be for 2011!