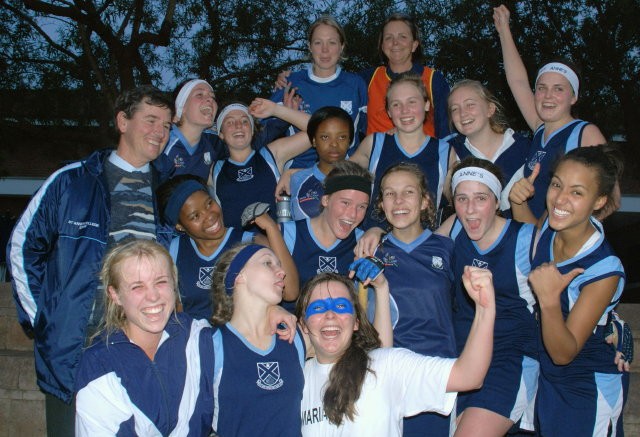 St Anne's and Epworth met at Epworth in the final stages of the Parklane Superspar schools league games. It was a fine display of school girl hockey with both teams playing with heart and passion.

St Anne's opened the scoring when an Epworth defender was penalised for a bad which resulted in a penalty stroke. St Anne's captain Sherry King made no errors in putting it in the box. Epworth equalised with a well worked short corner goal just before half time.

In the second half it was again a fine battle with both teams attacking and defending hard. St Annes' pressure on the Epworth defence finally gave way to a cracker of a field goal by striker Abigail Latimer. St Anne's clenched the Parklane Superspar league for the third year running. Epworth's Heather McEwan, Amy Greaves and Julie ? were stand out players for Epworth. St Anne's Bella Rudd had some really good penetrating runs through the Epworth defence. Other notable players were Paige Phillips, Katie Polkinghorne and not to forget the ever present, consistently excellent Sherry King.

I am extremely proud of our team; they have trained hard all season and haven't given up on their dream of retaining the league title. They have won 6 games and drawn one, they have played clean and attractive hockey throughout the season, and have been a very teachable group. Sherry King has been a faultless captain and has brought out the best in her team mates through leading by a fine and humble example.