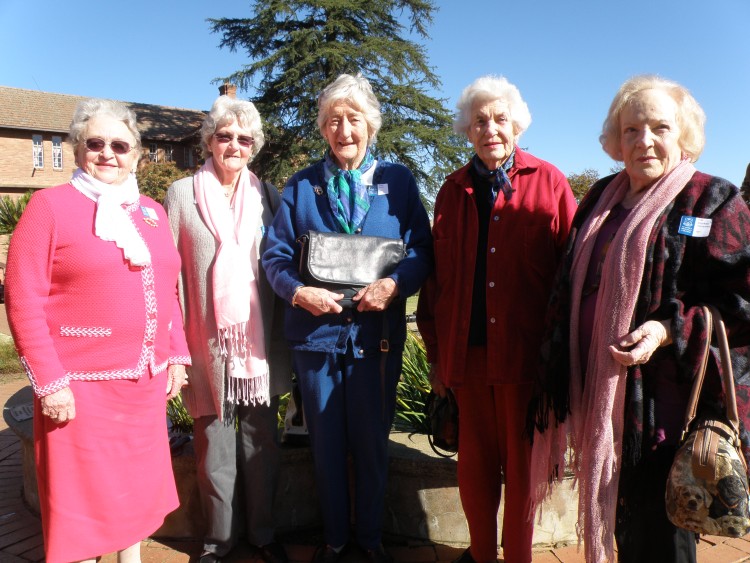 Every parting gives a foretaste of death, every reunion a hint of the resurrection.
Arthur Schopenhauer

St Anne's Old Girls' Day 2011 was held at the school on Saturday, 04 June. The resultant reunion of matriculating classes, dating back to 1941, was entertaining and wholly nostalgic for the most recent members of the group to the oldest amongst the alumni.

The day commenced with a chapel service and award ceremony; and this was followed by a tour around the school. Once a place they each knew so well ' grounds that they walked daily between classes - many found themselves confronted with markedly changed campus, well worth marvelling over. This was followed by drinks and a much-anticipated opportunity to catch up with familiar faces and friends ' something that continued as they made their way through to the dining room.

The Old Girls' Award this year was awarded to Didi Francis ' class of 2001. Attending her Yale MBA graduation during the course of the week, she attributed this accolade to her time at St Anne's ' an experience that fostered her religious faith and helped her to develop faith in herself. Since her graduation from St Anne's, Didi has excelled on a personal level and in her impact on the lives of others. Co-founder of the Hope and Dream Organisation that helps needy HIV/AIDS orphans, this dynamic woman has also spent seven months cycling from Cape to Cairo to raise money for the Millennium Promise and Millennium Village projects in Tanzania. She will be returning to South Africa later this year to take up her position at Bain and Co. in Johannesburg.

No more poignant sense of the day is created than that of speaking to the class of 1941. Returning to the school after some years is an unavoidably evocative experience, and something that was encountered by each woman on the day on varying levels. Together at the dining table, this group of women conveyed an air of unity. Whether it is something that has been sustained over the years, or something that was merely fortified on the day, there was an undeniable friendship between them. The common factor that had led them all back to the same place ' the very site where the connection started years ago ' was their education at St Anne's and all that goes along with that. Transcending the camaraderie and nostalgia of the day are connections that persist into multiple facets of their lives.

They reminisced over a vastly different school, at a time beyond the comprehension of a lot of its current learners. They recalled tales of an era where it was a lot less grand; still laughing years after the fact at remembering standing against a wall opposite the squash courts in a patch of sun in an attempt to get warm, or grazing noses on the bottom of a perpetually green, dangerously shallow swimming pool. As the young waitresses in their uniforms moved between the tables, one got the notion of the uncanny, with the imagination alive at stories of how the prefects used to walk the girls down the train tracks when it was too misty to play sport ' one day resulting in the girls pressed against the tunnel walls as a train sped through. It was an acute sense of then and now. 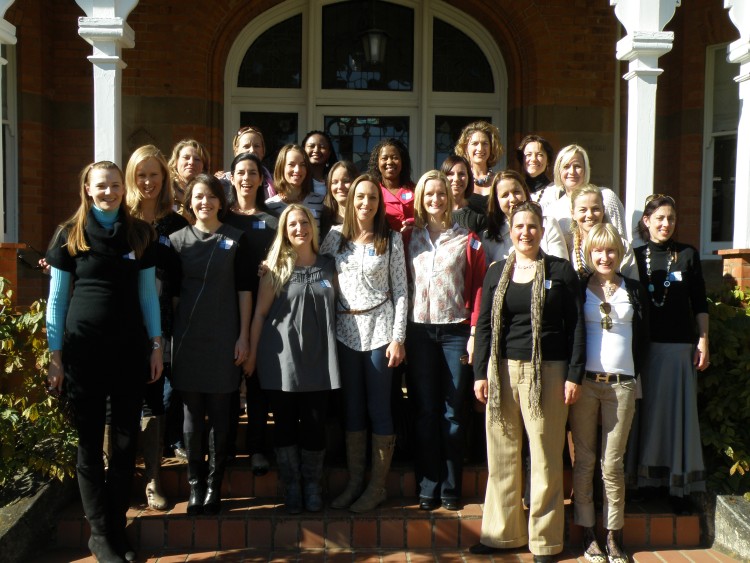 On Friday afternoon, the present St Anne's student body was given a taste of the meaning inherent on a return to school after leaving. The girls were given the chance to listen to a talk from Diana Armstrong, who has made a successful career in travel and food writing, as well as being a celebrated author since her matriculation from St Anne's in 1961. In the minds of the girls, she successfully placed herself among them as she talked about her years at the school, inciting giggles and a positive crash course for the future, as she stood before them to talk about her career and how she has achieved all of her successes along the way. Totally relatable and understated, she relayed her journey to the girls ' one that has taken her beyond South Africa to America and to their beautiful home in Umbria; a four hundred year old monastery that provides untold inspiration to her.

To aspiring writers, she expressed that there is a remarkably more level playing field now than there was when she was at school ' a time that marked the start of the women's liberation movement, and one in which the publishing world was poles apart from what it is now. Amazon and Kindle make it decidedly easier for first-time publishers, and her advice was to tackle every pursuit in small increments ' making success tangible to every girl in the room. Ultimately, and to use her own words, hers is a story of how a giggly, freckly teenager found her way ' even a hooligan and passenger can make it work. Her years at St Anne's stood her in good stead along the way; in addition to the fine education, it was the place where she learnt to be happy and to be a good citizen.