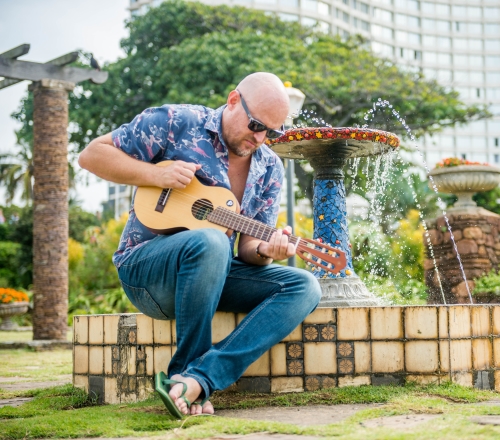 9pm - Shackles and Bones
A funk rock trio with influences pulled from jazz, neo-soul and indie folk. Shackles and Bones is pulling up to the 10 year mark of playing around South Africa and abroad. Although the band has changed members and evolved their style as they continue to explore music that makes people get down and “squeak tekkie”, their drive for dancey bops is not at the expense of contemporary dialogues. Subjects and themes from Shackles and Bones include an exploration into toxic masculinity, race privilege and gender fluidity. These messages are clearly reflected in Shackles and Bones’s sonic approach to creating music. Find them on all social media platforms.
Band members are:
Dave Glover - Guitar & Vocals
Julian Arenzon - Drums & Vocals
Steven Ellery - Bass & Vocals
8pm - John Ellis
John Ellis is a singer-songwriter from Durban, South Africa. The principal member, guitar-player, vocalist and songwriter for the internationally renowned and award-winning band Tree63, he relocated back to his hometown from America after many years of international success to pursue a solo career. In 2010 he released his debut solo album, the politically-charged “Come Out Fighting”, which garnered him another SAMA nomination, and in 2011, in addition to his production work for other South African artists, he recorded his follow-up, an acoustic album entitled “Rural”, accompanied by Johnny Clegg drummer and percussionist extraordinaire Barry van Zyl. John is an accomplished guitarist, having featured on numerous American and British recordings, as well as on albums by South African artists such as Ernie Smith, Farryl Purkiss and Ard Matthews. John also lectures English literature, politics, communication, English as a second language and academic literacy.
7pm - Khethelo Madondo and Igolide
Khethelo Madondo and Igolide is a Durban-based band playing a mesh of jazz, soul, neosoul and traditional zulu music. Their influences include the likes of Stimela, Caiphus Semenya, Robert Glasper and Busi Mhlongo.
News supplied.