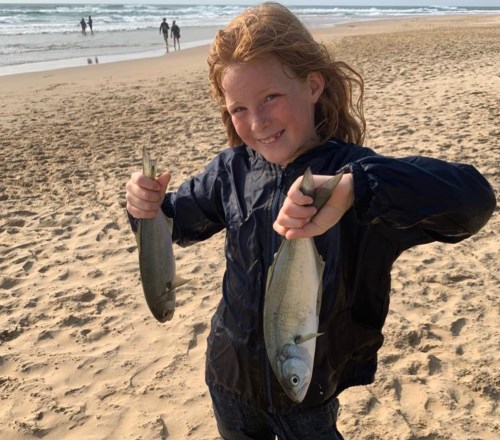 Laddsworth Grade 2 pupil, Kayla Bisset took part in the annual Ballies and Babes Fishing Competition, which was held in Cape Vidal from 19 to 21 September 2019.
Girls attended the competition with their Dad or Grandad, Kayla was accompanied by her father Greg Bisset.

Kayla won the 5 to 10 year old category with a Shad of 424g and was awarded with a trophy for her efforts.

Kayla Bisset with the Shad she caught