Zeeroover's "History of the Blues" Live at MiTH 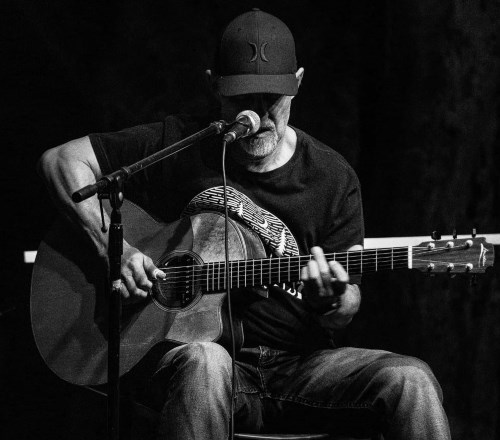 Using percussive guitar and combining a blues electric sound, the duo, also known as "The Bone Collector (Eugene Viljoen) & the Carguard (Corrie Pretorius)" takes you on a journey back to the roots of the fathers of the Blues. The "Doc" and his trusty sidekick, whilst in the throes of launching their new "Humonculus" project with a full band, continue to play the circuit as a duo. "History of the Blues" is a fascinating story of hardship and triumph, and the documentation of these musical legends through song makes for an entertaining journey of the blues with a ZeeRoover twist.

Ryno Theron is an innovative and unique solo, experimental fingerstyle guitarist from Durban. His sound is mostly instrumental, and layered with ambient textures, and accompanied by groovy percussion and bass lines through his fingerstyle technique, (playing drums, bass lines and melody, at the same time, on one guitar without looping).

He has spent the last two and a half years performing extensively as a solo artist, and with his trio. With 40 performances in 2017, and up to 60+ in 2018, these include performing at Splashy Fen, with The Nishalin Pillay Trio, and Smoking Dragon Festival, and The The Monteseel Music Festival with his Trio, and two short Gauteng tours solo. Future plans are to complete his second full length album, more collaborations, and more extensive touring of South Africa to promote the new album. He will be performing at Smoking Dragon Festival again this year, with his trio and this time on the Mainstream Stage.

Pretty Olifant is a witty, mischievous, unwavering, linguistic and free spirited soul. She is a social entrepreneur, brand manager, poet and vocalist. Born kwaMashu, raised in iMbali, Pietermaritzburg by a force of strong women, she has always been an explorer. Delivered flamboyantly and conscientiously, Pretty’s combined her love for music, married it with her first, poetry and goes by the name: Pretty & The Music, accompanied by Lotshiwe Tshabalala on guitar. Their eclectic sound zig-zags across a number of genres including African rhythm, soul, jazz, rhythm and blues, all with a underpinning undertone of poetry.

Dylan grew up right here in Hilton and, having been schooled locally at Laddsworth and Grace College, moved down the hill to Durban straight after matric. Dylan has played music in various church circles for six years, touring with the Arise Band locally and abroad. At the beginning of the year a new calling came knocking to move home and start up business venture. Joined by the multi-talented Andy Turrell, Dylan will be playing some familiar covers with one or two originals.