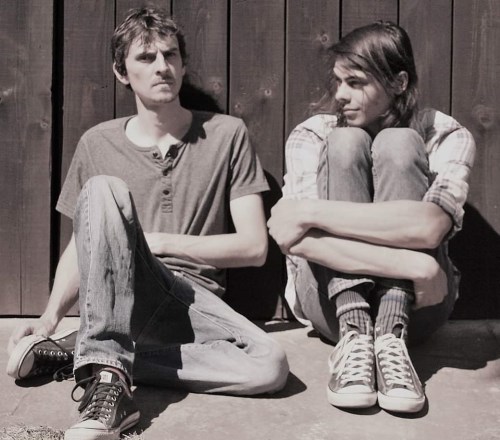 9:20 pm The Name On The Drum / Roarke Angelbright collaboration!

The Unassuming Roadshow is a tour collaboration between Roarke Angelbright (singer-songwriter) and The Name On The Drum (Indie/folk duo). Original music focused with some unique covers thrown in. They went on an Eastern cape tour and Gauteng tour together as The Unassuming Roadshow, and now bring you the best of both these acts, as TNOTD and Roarke Angelbright combine their talents to bring the evening to what promises to be a remarkable close!

“The Name On The Drum” is an alternative rock, folk and indie band that focuses on playing original music but they also insert a variety of covers into their live shows. Ranging their sound from full electric to simple acoustics, "The Name On The Drum" uses all the tools at their disposal to create a unique blend of honest, thought provoking song-writing with absorbing musical performances.

When the band was formed in 2011 the plan was to have a different 'name on the drum' at each performance, now they simply go by "The Name On The Drum" or "TNOTD". Current performing members are brothers Ben and Nat Bruzas. Who, in July 2019 released their independently recorded and produced second EP "Souvenirs". They are based in Hillcrest and have played extensively around KZN, as well as touring Gauteng and the Eastern Cape.

Roarke Angelbright is a singer-songwriter from Westville. The 19-year-old solo artist puts a unique twist on his performances by using a loop station. He records backing to his songs live and on the spot. Percussion, rhythm, riffs and whatever else he needs is played, live, on one guitar, and looped to create a more full, 'band sound'. He plays a variety of unique covers and original songs. His style takes influences from folk, blues and even small elements of hip-hop in his rythmic beats - but overall it is probably best described as acoustic rock. Roarke played in the 2014 Durban International Blues Festival, at the age of 17, as well as many other venues throughout KZN. He became a solo act in the beginning of 2016 when he began singing and looping live for the first time.

Cashmere Karly is a relatively new duo comprised of Maryke Jonsson and Charles Webster. They perform a mixture of melodic rock and pop songs, with a special love for ballads that involve harmony. With songs rearranged to suit their particular blend of smooth vocals and tasteful instrumentation, Charles (guitar) and Maryke (keyboard) both sing lead and harmony to create a smooth, evocative sound that draws on a variety of inspirations from Bradley Cooper to Sarah Jarosz, Lewis Capaldi and KT Tunstall.

ABOUT MiTH:
Arguably the KZN Midlands' best-loved music venue, Music in The Hills (MiTH) is an opportunity for beginners, professionals and passionate music fans to share the joy of music at The Knoll Historic Guest Farm. Visit www.mith.co.za for more details and directions. Musicians can contact This email address is being protected from spambots. You need JavaScript enabled to view it. for slots.

KNOW BEFORE YOU GO:
MiTH takes place every second Wednesday at The Knoll Historic Guest Farm, Knoll Drive, Hilton. Doors open at 6pm and the music will kick off at 7pm. Entrance is R40 at the door. Bring your own booze. Food and soft drinks are available for sale.

DIRECTIONS TO MiTH:
Take the N3 to Hilton, take the Hilton turnoff and go South into the Village (away from Hilton College). Travel 5,2km along Hilton Avenue (past two sets of traffic lights and Crossways Pub) and keep going straight as Hilton Avenue turns into Dennis Shepstone Drive. At the 5,2km mark, Knoll Drive will be on your right – the entrance to MiTH is the *second* entrance on your left into The Knoll Historic Guest Farm.