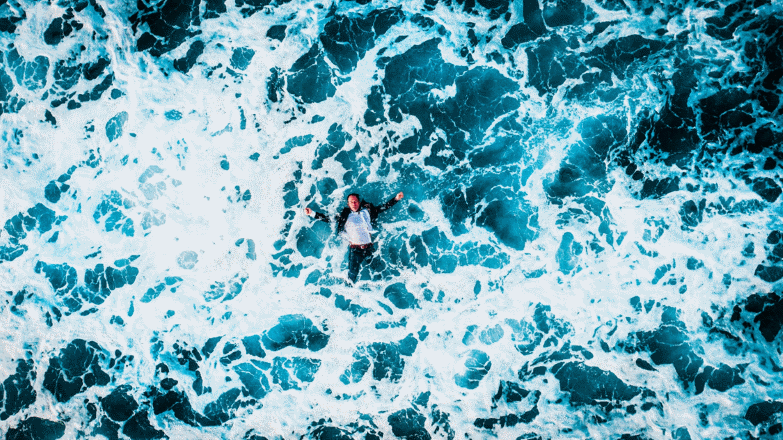 What would you say the biggest difference is between this album and previous albums by RCB?
It's a sonic diversion from the acoustic base of the last two albums. This is wherever the music took me. Also, where the previous albums were a hybrid of music, lyrics and phrases that evolved together, the basic songwriting process of The Great Deep was lyrics first, and then interpret the sentiment in the message musically.
What inspired the snippets of electronic sounds on the new album?
Each song evolved over time. If I found myself getting stuck on something, I would either let it lie or get distracted and come back to it days, weeks, months, sometimes years later – with fresh ears. Wherever the sound took me in those moments, I just let it. I wasn't afraid to go where the lyrics and music were leading me.
What would make you feel that this album has been a success?
For me this is an album as much about the lyrics as it is about music. Music carries a message, and there are a number of messages in this album. I think if a lyric helps someone see their life in a new light, or gives anyone hope in these days and the days coming, this album will have achieved its purpose.

Can you expand on the title?
The Great Deep is a phrase in the Bible used to describe God's justice or judgements. As I've got older, I have more questions. Perhaps it is a symptom of parenthood or any type of leadership role that you find yourself in. I suppose I look at the world and the state it is in, and I – along with many other people in the world – sometimes wonder about God's justice when we see what is going on. There is both good and bad, and the questions about justice and fairness are constant and intriguing to me because they point to who God is.
Talk about the variety of style and content – each song sounds unique.
My own musical background is mainly in theatre. In theatre shows, we talk about contrast from one piece to the next in order to keep an audience's attention as well as tell a story. I suppose as a young person, the Andrew Lloyd-Webber/Tim Rice collaboration made a big impression on me. Both in a variety of musical genres as well as the brilliant lyric writing in shows like Joseph and His Amazing Technicolour Dreamcoat and Jesus Christ Superstar and others. There was both an ebb and a flow in those productions, as well as a stark contrast. The combination of songs took you on a journey and told a whole story with words and with music and with feeling and with insight. I suppose subconsciously, that's what was going in this album.
How has your approach to music, lyrics, songwriting and production changed between your first two albums and this one?
The main thing for me is that I've performed a lot more, and you learn what works when you're performing. It's the simple things. Like, really simple. People don't remember every last nuance that you agonise over – they remember one or two things that stand out for them personally. So nowadays, I've tried to simplify everything. My priorities are that I'm a family man first, and a working musician is further down the priority list. So my studio is wherever I am with my iPad. Songwriting happens in moments rather than lengthy sessions of isolation. Production is handled as ideas from me, and I hand over that nitty-gritty to people who are technically more skilled and efficient in these areas.

What aspects of this project are you most proud of? Are any songs or parts of songs on this album particularly special to you?
Honestly, I think the best parts of this album for me are the events that informed them lyrically and musically. I think of people, of seasons, of small victories along the way. They all have a special place in my heart, and I'm just glad this album is out there as a bit of memory scrapbook for me.
Now that you've released this music out into the world, what's next on the horizon for Ryan Calder?
There's a lot of bad news out there. There's a lot of hopelessness. And there's a lot of sadness. There's still a lot for all of us to do in order to counter that. The harvest if plentiful.
Do you have a favourite song title from the album?
They all have a special place in my heart so it's hard to put a favourite title out there. I suppose that's why I made the podcasts - to explore those titles and their meaning to me in more depth.
What was the most difficult/challenging part of creating the whole CD/album?
There was definitely a consistent challenge to not force or rush the process, and let these songs and the album evolve naturally. I'm a family man first, and over the course of the last 10 years have welcomed two new babies into our we've world and moved house three times, as well as having had many other commitments and priorities. Being busy is normal in our world today, but feeling hurried is never good for me.
If you could change anything in the world what would it be?
Phew… the price of guitar strings.
The Great Deep will be released on 1 September 2020 on all music subscription platforms.
Photo: Troy Bishop
News supplied.