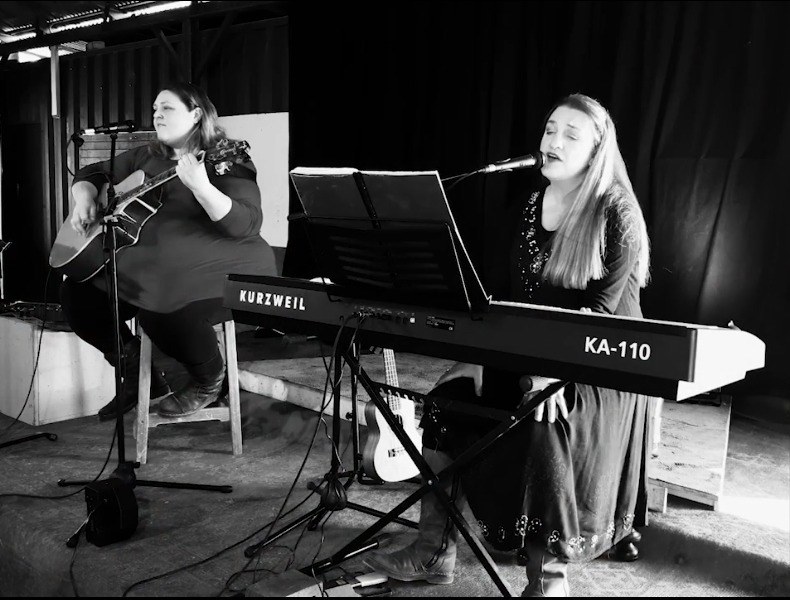 Katherine McClelland came from Johannesburg to the KZN Midlands about 6 years ago and quickly got involved in the local music scene. Beginning with piano at the age of 9, she started performing in Primary school and is still going strong doing everything from restaurant gigs to the Johannesburg Symphony Choir. Katherine enjoys performing ballads and musical theatre, an influence most likely stemming from her mom's love of musicals. She holds a Diploma in Music Performance and Management and is a Junior Primary Music Teacher and the Senior Primary Choir Mistress at The Wykeham Collegiate. In addition to teaching and performance, she is also the Director of Music Voyage, an upliftment and development project in one of the informal settlements that teaches the beneficiaries music and performance.
Erin Fourie is a MiTH regular and well known on the Midlands circuit since she starting performing 17 years ago. Currently a freelance musician, she has a BA in Drama and Performance Studies and has been in a large number of musical productions, most notably including South African Idols in 2011 and The Playhouse Company's 2016 production of The Sound of Music. She enjoys a number of genre's but her own style falls into the acoustic folk spectrum.
Kath and Erin have been working together for the past few years and finally came together to do their duo show "What's Up", which was streamed in July. Now, in an effort to have a bit more fun and to add a bit of spice to life, Kath and Erin are going to be live streaming for MiTH with music they will take solely from MiTH fan requests.
GET YOUR REQUESTS IN:
From now until Sunday afternoon, they'd like you to leave comments, requesting songs you'd like them to do. They will pick around 10 of those that they can pull off with 2 afternoons practice for their live stream slot with MiTH on Wednesday 26 August. So, if you've got a song you'd like to hear on Wednesday, be sure to leave it in the comments!
https://web.facebook.com/groups/791263687551615/