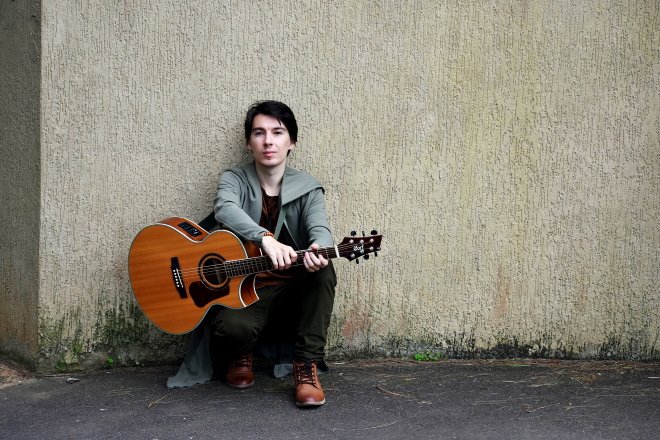 BOOKING ESSENTIAL - LIMITED TO 50 - COVID-19 PROTOCOLS OBSERVED
With this lineup, we're likely to be sold out soon. We cannot accommodate walk-ins because we have to limit numbers in line with Disaster Management Act regulations. Please book early to avoid disappointment.
BOOKINGS: https://app.ticketwiz.co.za/attendee/300/event_page/
8pm - ROWAN STUART
A firm MiTH favourite, South African singer-songwriter-guitarist Rowan Stuart celebrates the release of his 6th studio album ‘A Map of Forever’ in 2020. With an Alternative Folk sound that recalls Sting’s imagination, James Blunt’s honesty and John Mayer’s command of the electric and acoustic guitar, Rowan has steadily built a reputation as a captivating storyteller and an accomplished musician.
The Durbanite began playing guitar at the age of 11 – a naturally creative child; he fell in love with the instrument and the magic of song-writing as a doorway to the worlds of his imagination. He soon became a sought-after session musician in theatre shows around South Africa, before taking a leap of faith and stepping into the spotlight as a lead vocalist and front-man, with the release of his first solo album ‘A Thousand Brand New Places’ in 2008. Since then, he has toured South Africa regularly, and his music has received heavy rotation on major radio stations countrywide, most notably with singles ‘Survivors’, ‘Silver Balloon’, and ‘The Kingdom Of Leaves’.
2020’s ‘A Map Of Forever’ was written and self-produced by Rowan, who chose a natural approach, favouring acoustic instruments and the ‘human’ element over synths, electronic production and precise, mechanical timing. The songs and lyrics are also among his most personal and autobiographical to date. Rowan has released music videos for four songs from the album; ‘Into The Heart Of Life’, ‘Sense Of Touch’, ‘Sacred Rhythm’ and ‘Sleepwalking’.
‘A Map Of Forever’ was released digitally worldwide on 31 March 2020, and is available on all major music download and streaming platforms.
7pm - GRACE BOTHA
Grace Botha is a singer / songwriter / pianist with a passion for amalgamating her love for jazz, pop and folk. She majored in Jazz and Popular Voice at Howard College from 2011-2013 and was a soloist for the close-harmony group the UKZN Voices. She won the Amsterdam Acoustic Artist challenge in 2012. She was also runner-up in the Gateway to Fame competition 2013 as well as opening for the SAIFTA awards in a collab at the ICC Durban. She has performed with several top artists including Beatroute, Sebastian Goldswain, and Majozi, and opened for Idols winner Jason Hartman. Grace Botha is an accomplished session artist and has delighted audiences at many different venues in Durban. She now resides in the KZN Midlands where she continues to pursue her music. Grace is most at home on stage and is a fantastic performer. Don't miss out!
About MiTH:
Arguably the KZN Midlands' best-loved music venue, Music in The Hills (MiTH) is an opportunity for musicians to share the joy of their music with an appreciative, friendly audience. Whether you’re a newbie looking for your first opportunity to perform publicly, a professional looking for people who are as passionate about listening to music as you are about making it, or one of those passionate fans of live music – come along and join us!
- Musicians who wish to play please contact This email address is being protected from spambots. You need JavaScript enabled to view it..
Photo credit: Carryn Clicks