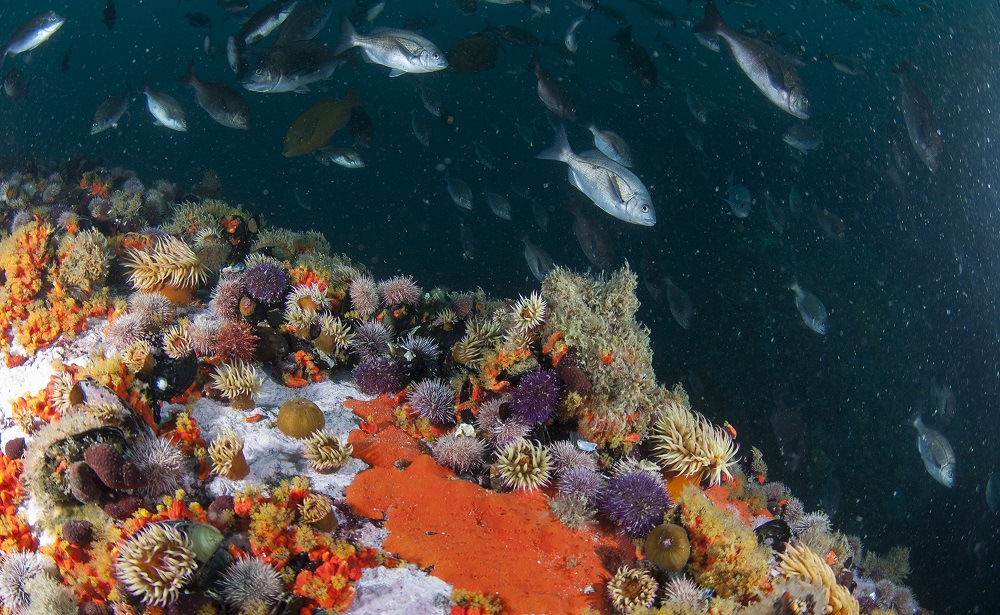 It has been four months since WILDOCEANS, a programme of the WILDTRUST, caused a stir with the launch of their ‘WE DON’T NEED OUR OCEANS’ campaign. Over this time, the environmental non-profit has shown South Africa (and the world) what life would be like without our oceans and subsequently placed a spotlight on just how much we depend on them.
The campaign, obviously controversial in its approach, reached 18 million people across social and traditional media within the first two and a half weeks of rollout. In addition, SAMA award-winning musician Matthew Mole added his voice to the chorus calling for increased ocean protection. Mole and his wife, Jess, were featured in a powerful video which forms part of a series that while stating, WE DON’T NEED OUR OCEANS, highlighted all the reasons why we do. The campaign has since evolved and the “DON’T” has disappeared in the process. This new campaign approach has been highlighted in a short video production launched today: https://fb.watch/3IBP4Deznv/.
WE NEED OUR OCEANS is a branch of the OCEAN IMPACT campaign, underwriting a 3-year project driving advanced protection of South Africa’s oceans within Marine Protected Areas (MPAs). We currently only protect 5% of the oceans around South Africa within MPAs.
MPAs are a critical tool in the ocean protection toolbox, playing an important role in ensuring the survival of all ocean space. Defending the ocean's capacity to produce oxygen, sequester carbon and provide food and livelihoods for billions of people is vital. It is important to note that economic and social recovery is compatible with environmental protection and therefore, if the economic success of our country matters to you, then environmental protection should too. Increased ocean protection means insurmountable benefits, not only for us but for generations to come.
South Africa is signatory to the Convention for Biological Diversity (CBD) target to achieve 10% ocean protection by 2020. Although 2020 is over, the need for ocean protection remains central. Over-fishing, damaging industrial activities, habitat destruction, resource extraction, climate change and pollution are not letting up and by not protecting our oceans ability to keep giving what we take, we risk a biodiversity crisis, and a subsequent ocean collapse and economic catastrophe. Science tells us that we are facing widespread biodiversity collapse starting as early as 2030.
Globally, developing countries are achieving a minimum target of 10%, and we should continue to strive for this as a minimum target to protect our beautiful country. South Africa needs to join the global community and contribute its lions share towards the target of 30% ocean protection globally by 2030.
What can you do to help?
“I am sure most people are wondering what they can do to show their support for the next 5%, taking us to 10% protection in MPAs,” said Campaign Lead Lauren van Nijkerk. “We think we have come up with a simple, quick way everyone can help.”
We need you to be one of 100 000 voices showing support for the South African Department of Environment, Forestry and Fisheries (DEFF) and Minister Creecy, increasing marine protection to 10%, by signing onto this appeal: https://oceanimpact.co.za/sa10percentappeal/.
“All you need to plug into the online form is your name and which country you reside in. Please also urge your family and friends to sign the appeal and help us reach our 100 000 goal,” said van Nijkerk.
We must make a shift from what needs to be done, which science has made clear, to how it can be done. Our oceans need us to take this step. It is evident now more than ever – WE NEED OUR OCEANS.
Campaign Video – WATCH: https://fb.watch/3IBP4Deznv/
Photo taken at Castle Rocks MPA in Table Mountain National Park by photographer Steve Benjamin. 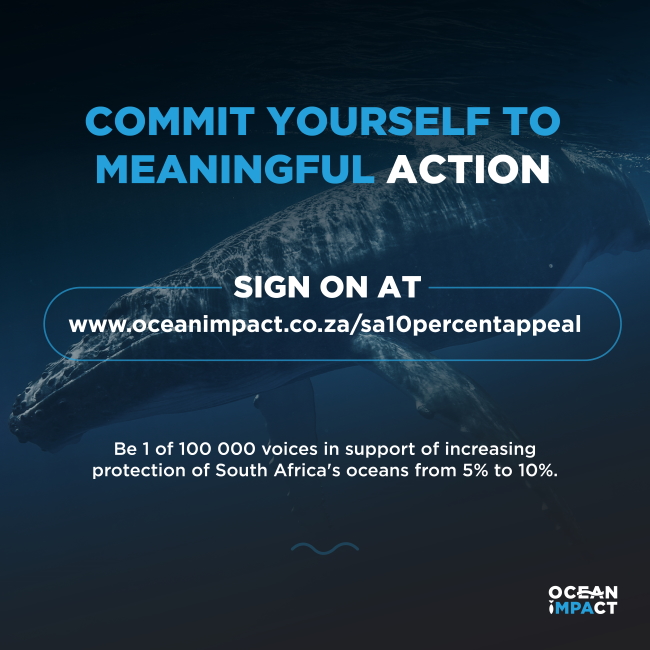