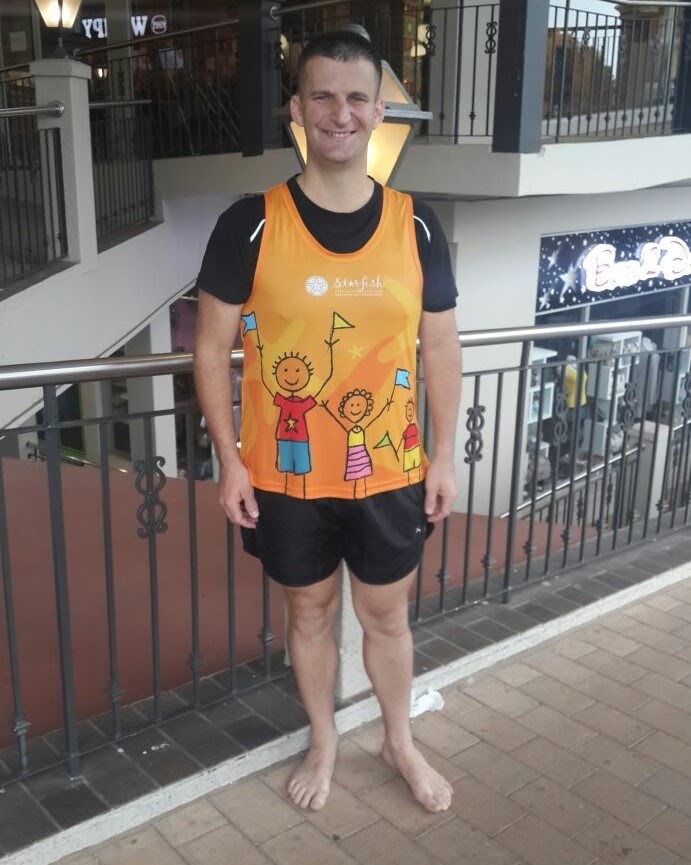 On the 13th of June 2021, Graham Wells (44) from Pelham in Pietermaritzburg, will take on his 7th Comrades Marathon.
Running barefoot from Mooi River to Town Hill, Graham will dedicate his 90km virtual challenge to the plight of the growing homeless population in Pietermaritzburg.
“I'm a firm believer that running medals don't mean anything unless you have made a difference for someone else. ” says Graham.
Partnering with One Life Foundation, Graham has launched a crowdfunding campaign on BackaBuddy called “Run for a roof”, to raise R250 000 towards the estimated R1 million needed to fund a much needed homeless shelter in the area.

“Whilst out training in the freezing cold mornings, I am always struck by the number of homeless in our city. As we complain about the weather getting colder, imagine what it must get like living on the street, in a park or on a field. These are normal people, like you and I, and for whatever reason, have found themselves in a difficult situation and, consequently, homeless.” says Graham.
Since the launch of his campaign, Graham has raised over R15 000 with kind contributions from 13 donors.
Funds raised will not only cover the cost to build the housing structure, but also provide the homeless with the appropriate rehabilitation services to re-build their own lives.

Having worked in social housing in the United Kingdom, helping the homeless has always been close to Graham’s heart.
“I have a dream to see a safe, friendly, people-centred shelter, in Pietermaritzburg, where people of any race or background can be welcomed and empowered to make something better of themselves. By coming together to fund this project we have an opportunity to change the face of homelessness in our City and restore dignity to those society has left behind. Everyone deserves kindness and a second chance” says Graham.
Support Graham’s campaign by donating here:
https://www.backabuddy.co.za/runforaroof
Alternatively, donate via Snapscan: https://pos.snapscan.io/qr/runforaroof
Pictured above: Graham Wells
News supplied.