From law to lore; The Adventures of Whirtleberry and Flapjack 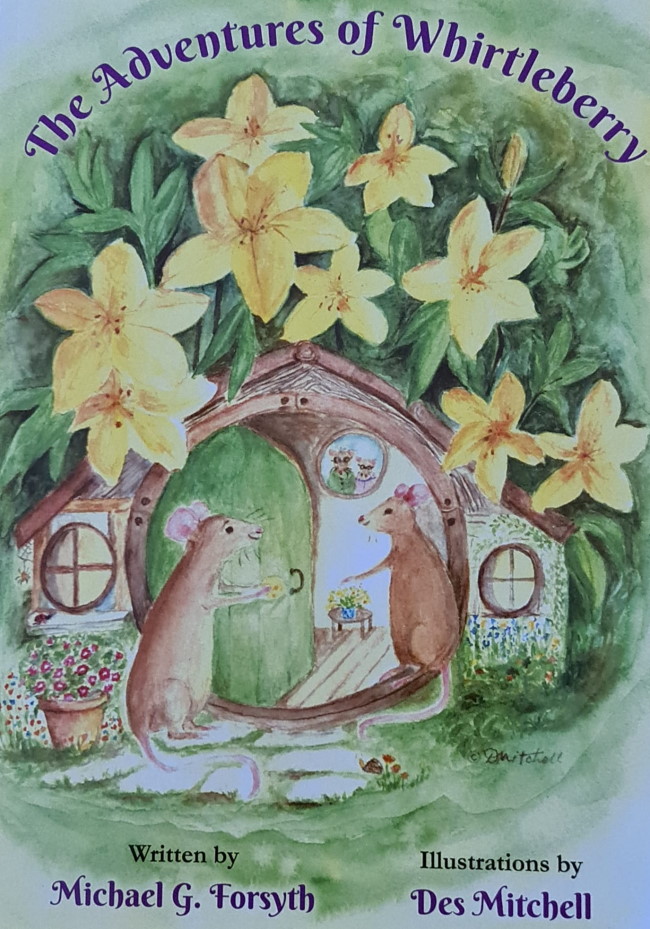 Local attorney Mike Forsyth has finally published a childrens book, while continuing to practice law, he has additionally written a book based on the tales which he enthralled his own children with.
Mike says, 'When my daughters were small I had two or three stories that I used to tell them about Whirtleberry Mouse who lived at the bottom of the garden. He has a sister named Flapjack.
For years afterwards I’d tell the stories to other little children and Cherri and Cathleen (our daughter) would repeatedly ask me to write them down. My extended family also asked me to write them down.
Last year when Cathleen told us that she was pregnant with our first grandchild she asked me to now PLEASE WITE THE STORIES. This gave me sufficient impetus to write ten stories in time for Christmas so that I could get them to the as yet unborn baby as it’s first Christmas present.
The next task was to get the book illustrated. Cathleen did a preliminary drawing but then decided that she would not have sufficient time to actually draw all f the pictures. I tried a couple of illustrators and then by pure serendipity my oldest friend Atholl Hay, who lives in McGregor, introduced me to one of his friends Des Mitchell.
What a stroke of luck. It felt like she was living in my head when she produced the illustrations. Every ten days of so there would be a preliminary sketch followed by the next painting. I think her illstratons absolutely make the book. I call her the Beatrix Potter of South Africa.
The book has been published internationally by Balboa Press and is available on Amazon. South African’s can’t order from Amazon because of our postal issues so I then needed to get a local printer. The layout design was inspirational and the books can be ordered by emailing This email address is being protected from spambots. You need JavaScript enabled to view it.
The cost is R200 plus delivery. Postnet charge R99.00 for delivery.'
The exciting news is that this is Volume 1 and their is a lot more ink in Mike's pen.