Spar Grand Prix gets underway in Maritzburg this weekend 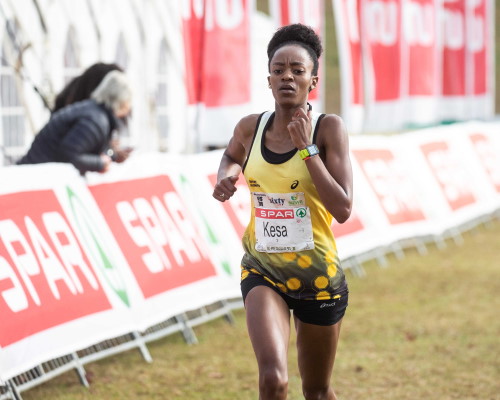 Top women road runners from across Africa have a reason to celebrate this week. After various delays, the first invitational SPAR 10km Grand Prix race will take place at Alexandra Park in Pietermaritzburg on Sunday August 22.
The race is by invitation only, with a maximum number of 250 elite athletes taking part. All age categories will be represented and an extra category for the over-70s has been added this year.
The Maritzburg 10km is the first of six races with the top runners collecting points towards the SPAR Grand Prix, with the athlete with most points collecting a cheque for R185 000. Prize money for the Grand Prix series amounts to a whopping two-million Rand.
In the previous Grand Prix series in 2019, Namibian Helalia Johannes made a clean sweep, winning all six races in record time to win the series with maximum points. However Johannes, who finished in 11th place in the women’s marathon at the recent Olympic Games in Tokyo, will not take part in the Maritzburg race because she is still recovering. Her Nedbank teammate, Irvette van Zyl, who finished third in the SPAR Grand Prix in 2019, is also recovering and will not be taking part.
There will still be plenty of runners vying for top spot on Sunday, including Ethiopian Tadu Nare (Nedbank), who finished second in the 2019 Grand Prix. Former Grand Prix winner Kesa Molotsane (Murray & Roberts), who has recovered from a serious injury, will be trying to stake her claim. Molotsane finished third in the last Grand Prix.
Glenrose Xaba (Boxer) is one of the rising stars of South African road running. In May she won the national half-marathon title in Gqeberha and is likely to be a strong contender for top honours.
Other elite runners include the twins, Diana-Lebo Phalula and Lebogang Phalula-Luthuli, both former SPAR Grand Prix winners, and from the Boxer stable, Rutendo Nyahora, Janet Mbhele and Patience Murowe.
Earlier in the year, some of the SPAR Grand Prix races had to be postponed because of a spike in Covid-19 cases and subsequent lockdown. The Maritzburg race is being held on its original date, and SPAR Marketing Director, Mike Prentice, believes this will be a boost for the city that suffered most from the looting and unrest in KwaZulu Natal and Gauteng in July.
Prentice said he was very happy that the SPAR Grand Prix schedule could be resumed.
“We know that the professional athletes are desperate to get back into competitive running and to earn some money,” he said.
“When we had to postpone the races in June, we promised that they would all take place later in this year, and so it is gratifying that the first will take place on Sunday,” said Prentice.
No spectators will be allowed and there will be strict Covid-19 protocols, but the race will be livestreamed and fans can follow their favourite runners by using the SPORTSPLITS app.
Pictured here: Kesa Molotsane (Murray & Roberts) will be making her long awaited return to competition when she competes in the first 10KM race of the SPAR Grand Prix 2021 series this Sunday, 22nd of August 2021 in Pietermaritzburg. Molotsane who was the overall third in the 2019 SPAR Grand Prix series and was the SPAR Grand Prix champion in 2017.
Picture Credit: Rogan Ward
Supplied.