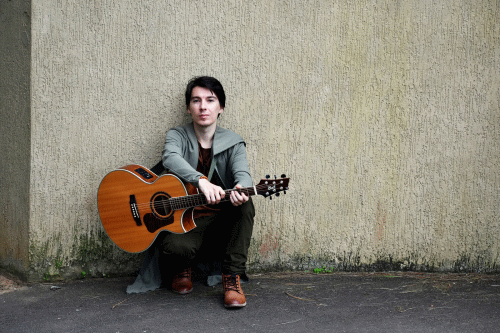 South African singer-songwriter-guitarist Rowan Stuart returns to the MiTH stage. With an Alternative Folk sound that recalls Sting’s imagination, James Blunt’s honesty and John Mayer’s command of the electric and acoustic guitar, Rowan has steadily built a reputation as a captivating storyteller and an accomplished musician.

The Durbanite began playing guitar at the age of 11 – a naturally creative child; he fell in love with the instrument and the magic of song-writing as a doorway to the worlds of his imagination. He soon became a sought-after session musician in theatre shows around South Africa, before taking a leap of faith and stepping into the spotlight as a lead vocalist and front-man, with the release of his first solo album ‘A Thousand Brand New Places’ in 2008. Since then, he has toured South Africa regularly, and his music has received heavy rotation on major radio stations countrywide, most notably with singles ‘Survivors’, ‘Silver Balloon’, and ‘The Kingdom Of Leaves’.

8pm: The Name on the Drum

The Name On The Drum is an alternative rock, folk and indie band that focuses on playing original music but they also insert a variety of covers into their live shows. Ranging their sound from full electric to simple acoustics, The Name On The Drum uses all the tools at their disposal to create a unique blend of honest, thought provoking song-writing with absorbing musical performances.

Rhiannon Reid, well known to MiTH from performing with the Reid Family Band, is a local musician and now a published author. Previously a student of Kech Sanchez and a singer in the Howick High School band, she has honed her skills over the years on guitar and vocals. For this event she will be accompanied by her dad, Vince, who has had an interest in music from a young age and is mainly self-taught. He plays keyboard, guitar and, recently, tin whistle.

ABOUT MiTH: Arguably the KZN Midlands’ best-loved music venue, Music in The Hills (MiTH) is an opportunity for beginners, professionals, and passionate music fans to share the joy of music at The Knoll Historic Guest Farm. Visit www.mith.co.za for more details and directions. Musicians can contact This email address is being protected from spambots. You need JavaScript enabled to view it. for slots.

KNOW BEFORE YOU GO: MiTH takes place every second Wednesday at The Knoll Historic Guest Farm, Knoll Drive, Hilton. Doors open at 6pm and the music will kick off at 7pm. Entrance is R75 book online in advance and pay online. Bring your own booze. Food and soft drinks are available for sale.