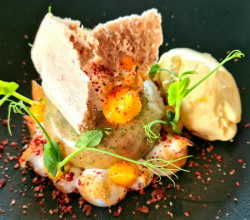 If you have earned a treat head to Garlington's where a new dessert menu has recently been launched. With a selection ranging from stewed apple and vanilla sponge with tones of almond, honey and brandy to vegan semifreddo served with blueberries, cherries and a bluberry compote everybody has a chance of finding their favourite!
Open from Wednesday to Sunday, it is a good idea to book if you'd like a table for dinner at Garlington's Bistro & Deli in Hilton, KZN Midlands. Call 033 329 5200. 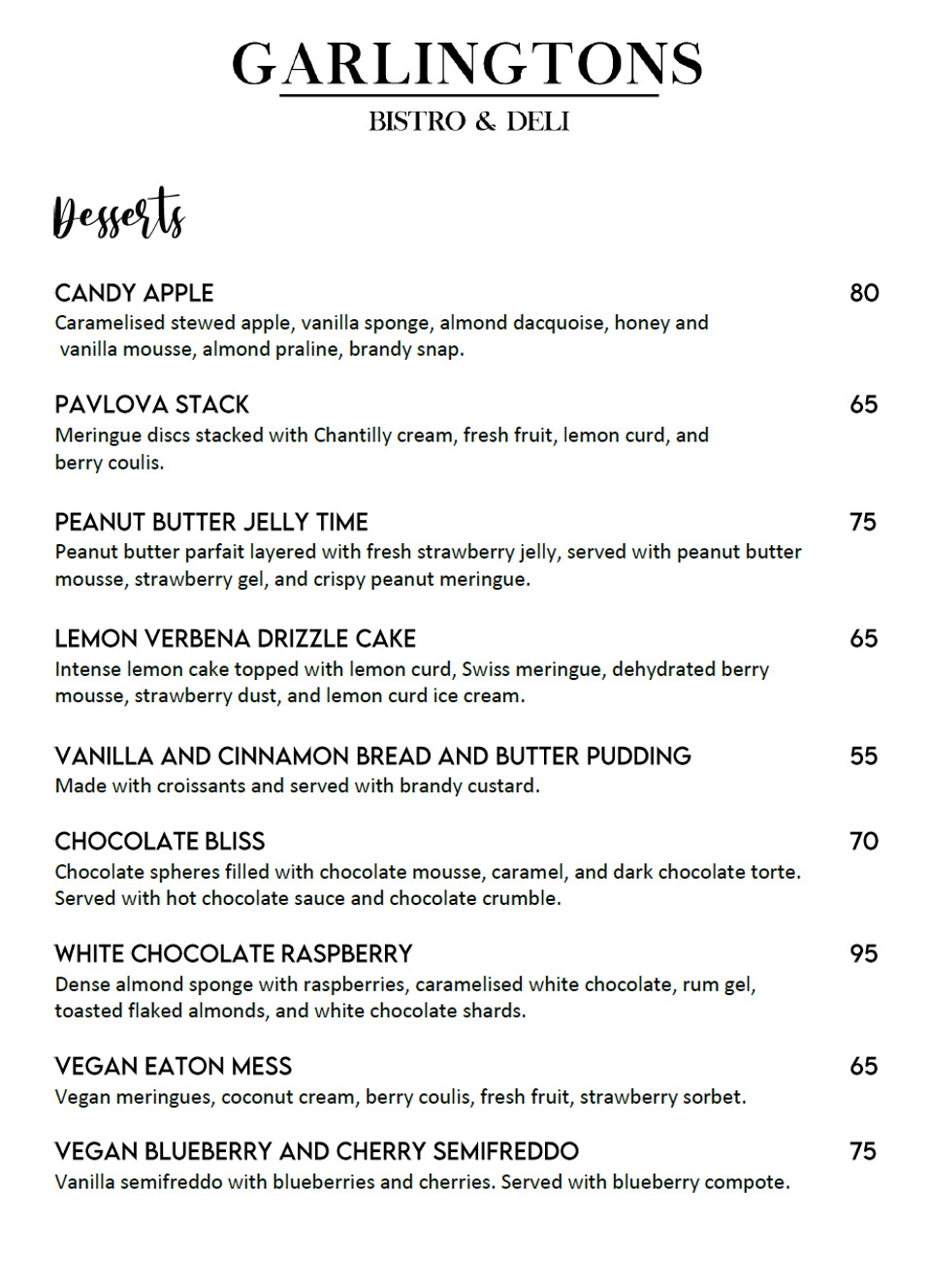 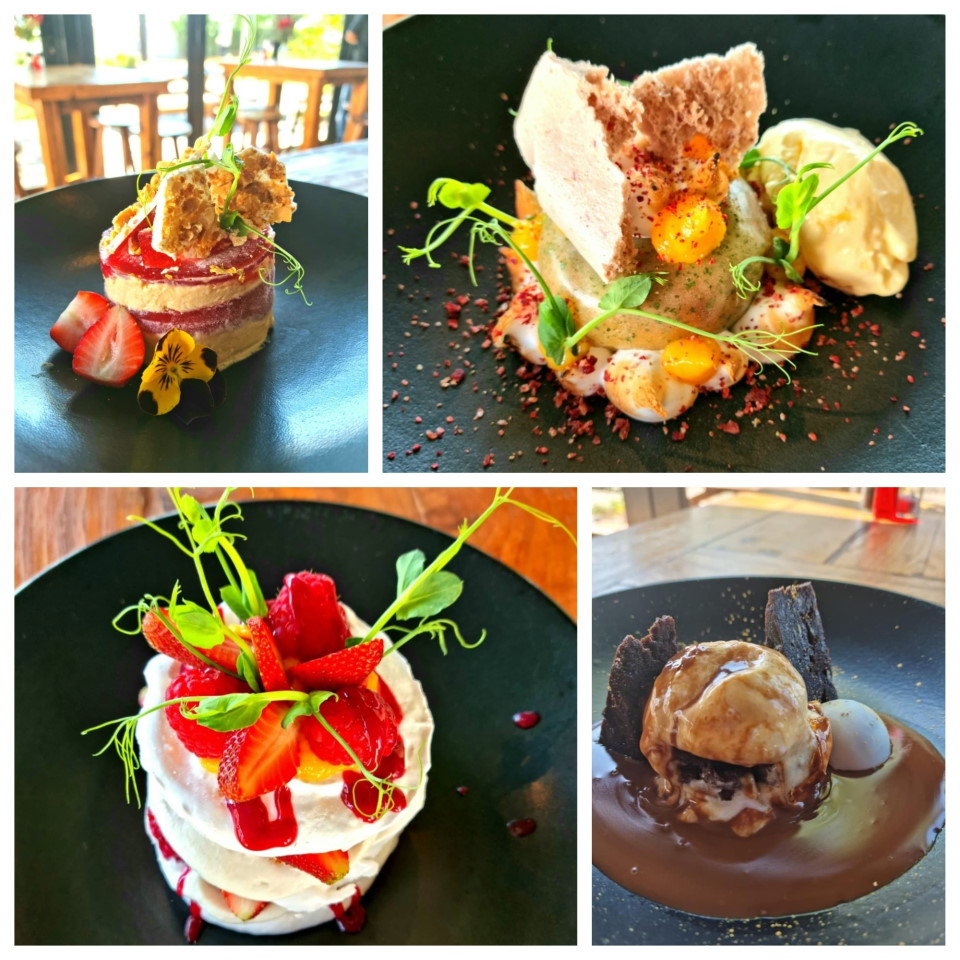