Grace College is proud to introduce the following pupils who have been elected as Head Prefects for 2022.

Janet Zondi and Kiran Govender were announced as the respective Deputy Head Prefects. 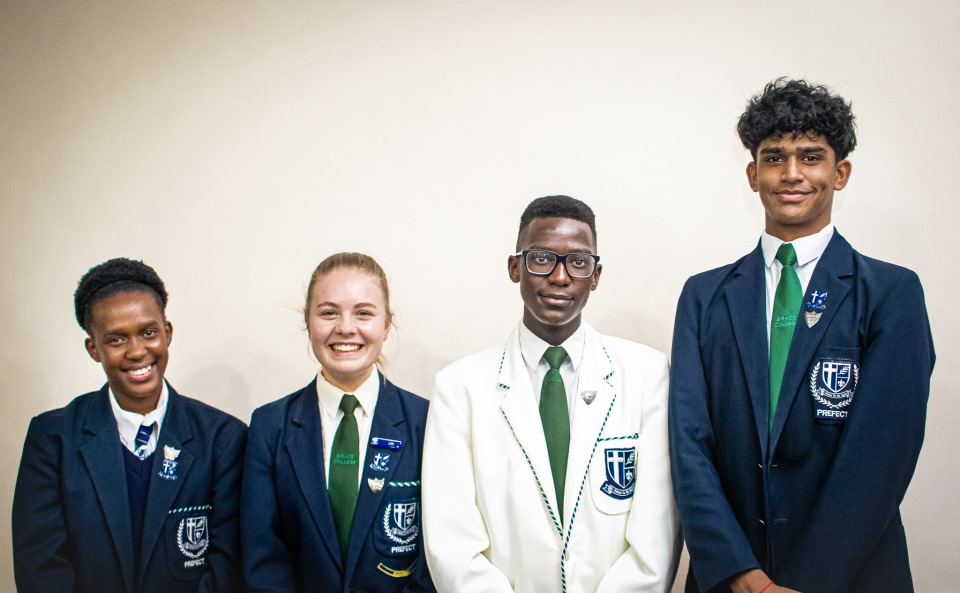