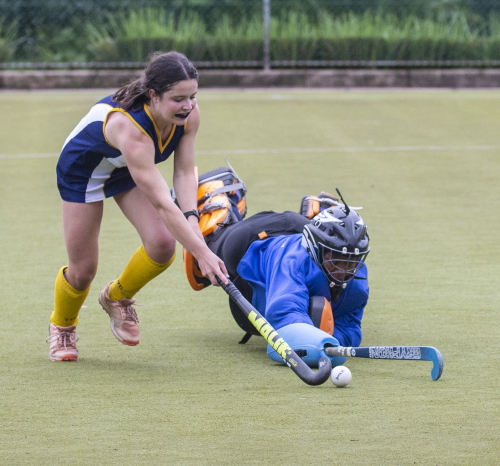 After a cracker of a day on the turf, the host school, St Anne’s College continued their Midlands dominance as their team raised the PMB North Regional trophy for the tenth time in a row in the SPAR KZN Schoolgirls’ Hockey Challenge held on Saturday 5 March.

The regional final went down to the wire in a nail-biting 25 minutes. Out of the blocks, The Wykeham Collegiate looked the more composed team, settling in early and taking the ball up to St Anne’s circle on several occasions. The visitors were just unable to convert their possession and barrage of attacks into early goals.

It took St Anne’s seven minutes to find their groove as they started to find gaps in The Wykeham Collegiate game. Midway through the final, St Anne’s earned a short corner. In the set piece, the ball was moved to Georgie Leseur who fired in a flick taking Saints 1 goal up. Shortly after their success, St Anne’s were awarded another short corner. TWC stood strong, defending valiantly and managed a quick turn around with a superb counter attack. On the opposite end, TWC got their chance at a short corner. The ball was pushed to the castle, then moved left. After a bit of a mistimed shot, Amy Erasmus who had just injected the ball, was brilliantly on hand to tap the ball across the goal to a waiting Sarah van den Bergh who knocked in the all-important equaliser.

Both teams worked hard as the clock ticked down but were unable to find the back of the net as they desperately attacked in the hopes of eking out a win. The game ended 1 all after full time, with the decider for this regional final moving to the penalty spot.

TWC matched St Anne’s shot for shot during the exciting three rounds of penalty shoot-outs. After the first round, there was nothing in it and the scores were level on 2 all, with the game progressing to a dramatic sudden death round. After a total of nine rounds, six of those in the sudden death, Saint’s Ella Shuttleworth capitalised on TWC’s Ella Hanbury King unfortunate miss, calmly slotting in her shot and claiming victory for St Anne’s after a magnificent, riveting final.

Co-Captain for St Anne’s Bahati Dakile stated after the prize giving, “I think the back to back was definitely challenging, but I think our team really brought it together in the end. We really supported each other. The competition today was great, and everyone played really well. It wasn’t an easy day with everyone doing really well to contest, and I think our team really, really put in the effort. So did everyone else. It was a fun day, lots of excitement and it is so, so great to be back.”

Talking about the epic sudden death rounds, Dakile continued, “That was so nerve wracking to be honest. We tried to switch up our order and make it challenging for the other team. Our goal keeper Sandi, is really young, she is only in grade nine and it is her first big tournament and she really pulled it out the bag. She did her best and it ended paying off at the end of the day.”

St Anne’s coach, Marcelle Keet said, “It was awesome to be out on the pitch after CoViD, after two years of not playing hockey. I think it was a really good standard of hockey throughout this Midlands area. Everyone was competitive in all the games that we played, in our round robin. And then a really tough game against The Wykeham in the first game and it was bound to be a tough final going into the last game. They brought a lot of energy, a lot of good. structured hockey. It is great for the Midlands that these two teams are really competitive, it makes the province even more competitive.”

Talking about the conclusion to the final, she added. "Really proud of the girls. They really dug deep. It takes quite a lot of guts to stand up and do the eight second right at the ends. Both keepers were exceptional and the three girls on either side having to do two rounds of extra time in eight seconds which was absolutely fantastic but that exactly what SPAR wants for the ladies’ hockey, to end off in such an exciting final. It is just an absolute pleasure being back again at hockey and being able to play again at the SPAR Challenge.”

Umpire for the Day was awarded to Nicea Strydom from Voortrekker High School.

This is the tenth time St Anne’s College will represent the PMB North Regional. They are now heading to the Grand Finals, they join newcomers, Pionier Hoërskool who will wave the flag for the Northern KZN Regional. Both teams will meet eight other schools, making up the ten teams who will all do battle over two days at St Mary’s in July.

Pictured here above: Stretch. The Wykeham Collegiate’s Zahra Mohaud tries to shake the sterling defences of St Anne’s keeper Sandisiwe Shandu during the sudden death in the regional final of the PMB North Regional of the SPAR KZN Schoolgirls’ Hockey Challenge. After a monumental battle on Saturday 5 March, St Anne’s claimed victory.

Pictured below: Determination. Keeping an eye on her pass, St Anne’s College’s Tamsyn Parkes watches as she pass heads up to continue their attack during the PMB North Regional of the SPAR KZN Schoolgirls’ Hockey Challenge. St Anne’s were overall winners after a riveting regional final against The Wykeham Collegiate on Saturday 5 March. 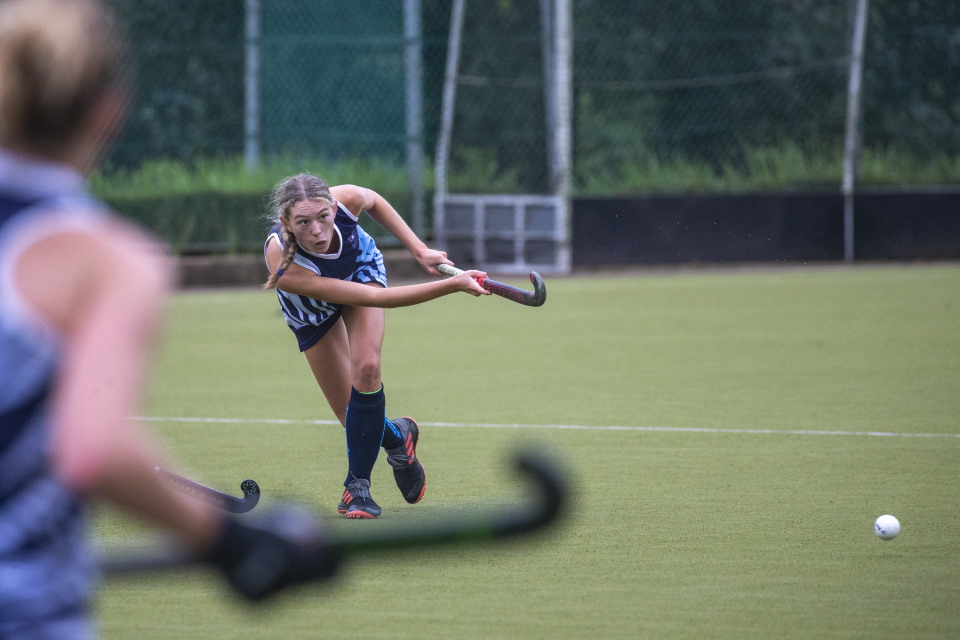 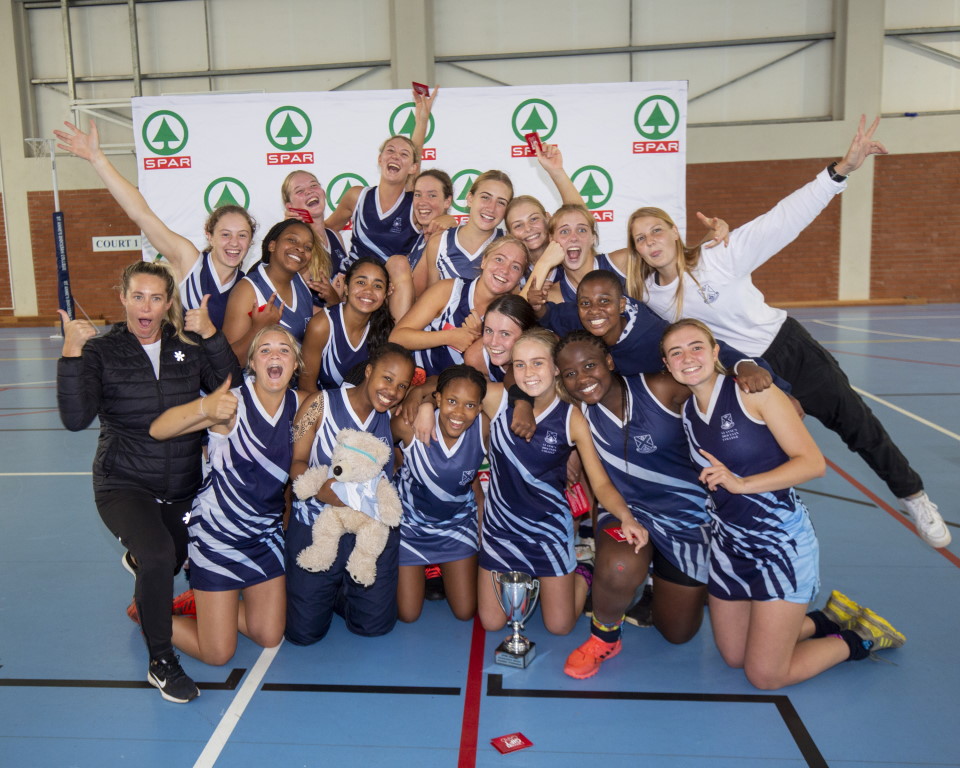