SA swimmers ready to lead the medal charge in Birmingham 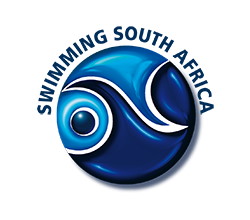 A team of 20 swimmers will lead the medal charge as they head to Birmingham for the Commonwealth Games which begin on Thursday, 28 July.

Spearheading the challenge will be Olympic gold and silver medallist and world record-holder Tatjana Schoenmaker, who will be looking to defend both her 100m and 200m breaststroke titles in Birmingham, and the man who already has an incredible 17 medals from three Commonwealth Games so far, Chad le Clos.

Le Clos is looking to break the record for the most medals won by a single athlete in Commonwealth Games history – with just one more medal needed to tie the record with shooters Phillip Adams and Mick Gault and two needed to break it.

At the last Commonwealth Games on the Gold Coast, Australia in 2018, swimming was the sport that produced the most gold medals for Team South Africa with six. They also added three silvers and three bronzes to the overall South African haul.

Le Clos claimed three golds and a silver as well as a bronze in the 4x100m medley relay while Schoenmaker walked away with two golds.

Le Clos withdrew from the World Championships in Budapest recently with breathing problems but maintains he’s back on track.

“It took me a while to get back but I’ve been working hard in my training,” he said from his base in Plymouth in the UK. “I’ve really taken this year very seriously, I’ve been working on a lot of different aspects of my game in order to get myself ready for Commonwealths so this has always been the focus for me.”

Now 30 years old, Le Clos will be competing in the 50, 100 and 200m butterfly as well as the 100m freestyle and believes the South African men can also do something special in the 4x200m freestyle and 4x100m medley relays.

“Medals in the relays for us should be celebrated like gold medals so I’m very excited about that,” he said. “I’m checking up on the boys quite often, messaging them all privately just to see how training has been going... I think we can surprise a lot of people. I think if we all just do our jobs and all have a good week and we put ourselves in a spot where we’re competitive, I think that would be amazing.”

There are a number of youngsters on the team who will be looking to follow in Le Clos and Schoenmaker’s footsteps, including the likes of Lara van Niekerk (who recently claimed bronze in the 50m breaststroke at the World Championships in Budapest) and teenage Olympians Matt Sates and Pieter Coetzé.

“It’s a big Commonwealth Games for a lot of people,” said Le Clos. “Not only myself but we have a lot of youngsters coming through. Of course, Lara picking up a medal in the 50 was amazing at world champs. Matthew’s had a phenomenal year and a half, Pieter has had a great season. And of course, Tatjana – she’s a superstar and of course she’s got titles to defend so I think it’s a huge week for us as South African swimming,” added Le Clos.

Van Niekerk (19) reckoned: “It has been a busy time since Worlds catching up on school work and exams, but training has been going well, and luckily I have had the gym to train in when it gets really cold here in Pretoria.

“I am looking forward to being part of Team SA, and as I did for Worlds. I just want to focus on my own race and on really enjoying the whole experience of being at a big Games,” she added.

Sates, who struggled with a cold just before the World Championships, said: “I have been in the UK since World Champs preparing for the Commonwealth Games, and I am happy with how preparations have been going. It took a few days to recover fully after being sick during Worlds, but now I am now feeling good.

“I am still deciding on what events I will swim but will focus on the freestyle and individual medley races. This will be my first Commonwealth Games and so I just want to focus on doing my best, and on enjoying racing with the top swimmers again. It is always an honour to represent Team SA.”

There are also three disabled swimmers taking part in the Para swimming events in Birmingham. Christian Sadie claimed silver in 2018 in the S7 50m freestyle and will be looking for a return to the podium, while Cornell Leach and Alani Ferreira will be aiming to do the same in the women’s events.

“I am getting more and more excited by the minute for the Games,” said Ferreira. “This is my first Commonwealth Games so I’m very excited to be given the opportunity to race. There normally aren’t any races for the visually impaired.

This is the first time within my career that there are, and the only race is the 50m freestyle which is not my main race. It’s actually normally not even in my race schedule but I’m very excited to have taken this one on for the time being and to give it my best shot.

“The preparation has been interesting because it’s not my normal distance training for my 200 free and 100 breast and 200 IM so I’ve really enjoyed a bit of a change in the process and I’m so excited to see how I do in this race and just to go and represent.”

The swimming programme kicks off on Friday, 29 July and runs until 3 August.