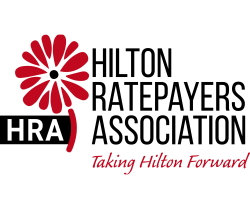 Your HRA Roads Task Team and Committee as a whole are seriously concerned about the critical N3 Town Hill and Old Howick Road situation. Below is a letter which we sent to the media , this will bring you up to date with our interactions so far.

The Natal Witness By email

The National Roads Agency (SANRAL) are undertaking a major road pavement rehabilitation project on the N3 freeway covering all six traffic lanes on the freeway between Link Road and Sanctuary Road. The project started in February 2021 and will continue through to 2023. The project cost is approximately R300million. The first phase of the project is largely centered on the slow or truck lane between Link Road (adjacent to the truck arrester bed) to just south of the Peter Brown interchange bridge. This lane has been dug up to a depth of one metre or more and completely rebuilt to provide a traffic lane pavement capable of withstanding the enormous loads from the multitude of heavy trucks travelling down Town Hill on their way to Durban.

This first phase is now at a critical stage and the paving of the asphalt basecourse and surface is scheduled to commence in the week beginning Monday 8th November. It is understood this initial paving operation will require two lanes of the freeway to be closed for the duration of the paving operation thereby leaving only a single lane for all light and heavy vehicles. The paving operation is likely to continue throughout the day and night. Traffic volumes through the night are light and can probably be accommodated by the single lane available on the freeway, however traffic volumes during the day are heavy and diversions onto alternative routes will be necessary. The main alternative route is along Cedara Road to Crossways, down Old Howick Road to Athlone circle and then by way of Montgomery Drive and Town Bush Road to Chatterton circle and finally back onto the N3 freeway at Sanctuary Road interchange (adjacent to The Mall).

Meetings have been held at high level between representatives of the community, SANRAL and their project team but to date no definitive information has been made available to the community representatives or the general public at large on the implications of the significant volumes of additional traffic diverting onto Old Howick Road and the remainder of the alternative route. It is understood that a full traffic analysis has recently been carried out and that long delays on both the N3 freeway and the alternative route are inevitable. In addition to the long traffic delays the community representatives have pointed out to SANRAL that the alternative route for diverted traffic and especially Old Howick Road is not fit for purpose from both a traffic capacity and traffic safety perspective and basic low cost improvements are essential as a matter of great urgency.

The situation is so critical that in the opinion of the experienced Professional Engineers who are part of the community representative team the diversion of traffic from the N3 freeway should not be permitted until at least basic improvements on the alternative route have been undertaken. To simply close down a second lane on the N3 freeway without making adequate provision on the alternative routes for the additional traffic is considered negligent and dangerous.

Time is now very critical and it is understood that SANRAL need to have all three lanes of the N3 southbound on Town Hill open to traffic for the holiday period rush commencing in mid December. For this to happen and the paving exercise to be successfully completed action is required immediately to carry out the basic improvements to the alternative route and for the motoring public to be properly informed by all media methods of the need for traffic diversions onto the alternative route and the inevitable delays that will be experienced.

The report attached was prepared on the 4th of October by the Roads Task Team of the Hilton Ratepayers’ Association for presentation at a meeting of the team involved in the contract for the rehabilitation of the N3 particularly at the Peter Brown off ramp. In our opinion this presentation was submitted as an emergency. This follows numerous representations made by the HRA to SANRAL and the contractors over several months regarding the condition of the alternative route through Hilton and Pietermaritzburg in the event of traffic diversion off the N3.

At a virtual meeting on the 29th June 2021 attended by representatives of all parties (SANRAL, Councillors, Municipal Officials and the HRA) undertakings were made regarding improvements to the alternative route. A summary of undertakings is given below marked up to show the lack of progress:

It is quite clear that no attention has been paid to making the alternative route safe and fit for purpose. Signage restricting access to Old Howick Road to vehicles below 8t is frequently ignored. As a result there are many reports from local residents of dangerous situations involving heavy vehicles. Even when there are diversions off the N3 it is rare for there to be any visible traffic control.

While some attempt was made to repair potholes a few months ago, the condition of the road has since deteriorated significantly. Again there are numerous reports of damaged tyres.

Lighting and road markings are almost non-existent and road verges are not maintained. In rainy and misty conditions the lack of these standard installations greatly reduce safety conditions even for local residents who know the road.

We strongly suggest that that urgent action is required both on carrying out emergency work on the alternative route and informing the public of the programme and likely consequences.